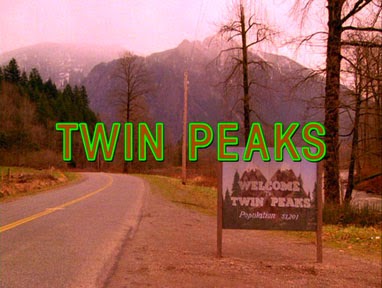 Today it was announced that "Twin Peaks" would be returning to television. The groundbreaking series that stunned America more than two decades ago has had a tumultuous ride, with me at least.

"Twin Peaks" was one of the first TV shows I obsessively taped with my new VCR. Everyone was talking about when it first aired, from other television outlets to talk radio, it was perhaps one of the earliest of the water cooler shows. It wasn't just me, the entire viewing audience was obsessed. And then it kinda sadly faded away.

Two years ago, my friend and editor-in-chief at Biff Bam Pop!, Andy Burns, got me to write a look back at the show, after not seeing it for twenty-odd years. I did a rewatch thanks to Netflix, and was unimpressed. For me, the show had lost its gloss, its wonder. While certainly influencing many of the shows that came after it, for me, it just wasn't the phenomenon it was back in the day. You can read that 2012 article here.

Now here's the thing. Besides being a great friend, and a cool editor, Andy is also probably one of the foremost experts on "Twin Peaks." He is to "Twin Peaks" what I am to Avengers. Yeah, I said it, he's the man. So much the man, he's writing a book about "Twin Peaks" for ECW Press that will see print in 2015. I've had the opportunity to read much of it, and I have to tell you, Andy changed my way of thinking. A monument to his skill at writing and explaining the phenomenon, "Wrapped in Plastic: Twin Peaks" by Andy Burns has reaffirmed my love of "Twin Peaks." 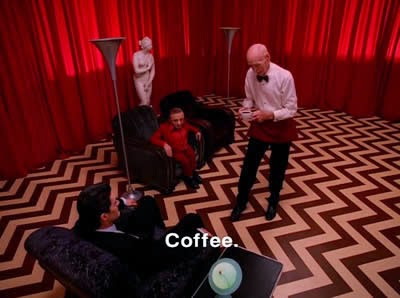 If you had told me that "Twin Peaks" was coming back after I wrote that article and did that rewatch… I probably would have groaned. Now, after reading much of Andy's book, I am so psyched for this return to greatness of one television's classic groundbreaking series.

"Twin Peaks" will be returning to television on Showtime in 2016, co-written by David Lynch and Mark Frost, directed by Lynch, and with most of the cast, including Kyle MacLachlan as Agent Cooper. Showtime will be airing the entire original series before the new one begins. For more on "Wrapped n Plastic: Twin Peaks" by Andy Burns, click here, and for more about the return, click here.