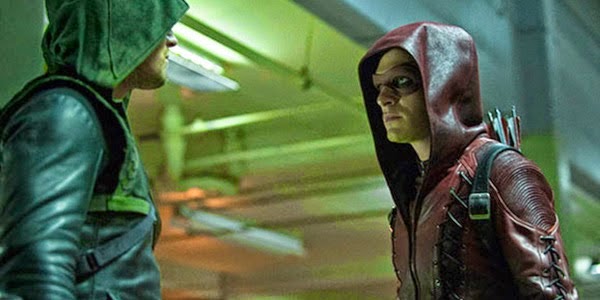 Quite a few changes occurred in the season two finale of "Arrow." Roy got better and was promoted to masked vigilante, still no codename, but if I had to bet, it would be Arsenal not Speedy or Red Arrow. Speaking of Speedy, Mia is now with her birth father, Malcolm Merlin. Sara has returned to the League of Assassins, and Laurel was let in on the secret of Team Arrow. And oh yeah, our new flashback destination is Hong Kong with Oliver working for Amanda Waller. 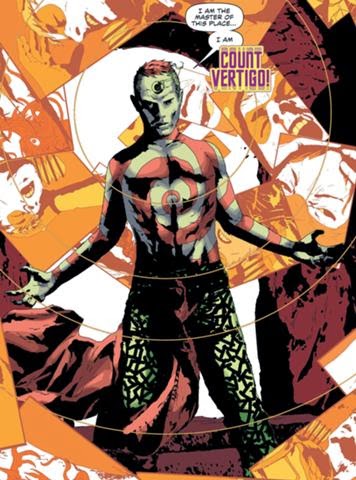 We open on Team Arrow acting smooth unison taking down a character I swear was a baddie from "Wiseguy," but what do I know? The episode title adequately describes the team here, peaceful and happy. Diggle and Lyla having a baby, Oliver and Felicity pseudo-dating, all friends united for a common cause. Roy is a little rough, but then he's always been a little rough, probably just missing Mia.

We are five months later, Laurel is a little bit blonder (closer to becoming a Canary herself), her dad has a cane and an illness keeping him from fieldwork, and the anti-vigilante task force has been disbanded. Arrow is finally a hero, or at least not hunted by the police. With crime at an all time low, and the police cooperating with the Arrow, it's hard times for the underworld, don't worry, nature abhors a vacuum.

Someone has to step up to organize the baddies against Arrow. That someone has an accent and has modified the drug called Vertigo to show its user/victim their greatest fear. Well, it's a bit more Scarecrow than Count Vertigo, but this series has never shied away from the shadows of the Bat-universe. His name is Werner Zytle, in the comics, he is appropriately enough the second Count Vertigo. And I love his Prokofiev whistle. 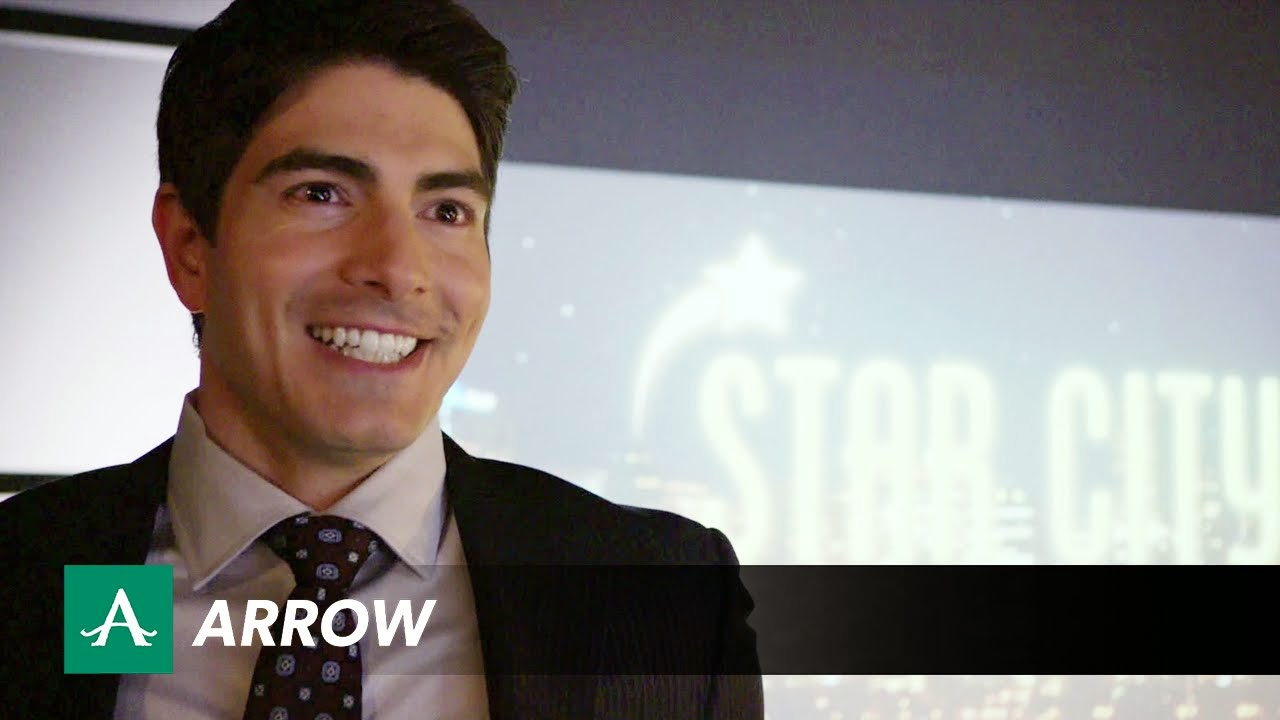 Felicity has been working at a tech support job in the time since last season. It begs the question of who's paying for dinner on this big date between her and Oliver. Obviously, she is. One customer takes an interest in her, suspiciously looking like a deadbeat dad super-stalker. Yeah, it's Brandon Routh, only this time he's playing a superhero other than Superman. This time he's Ray Palmer, who is probably not yet the Atom.

Ray Palmer is sharp, quirky, and charismatic. If Routh had been this much fun as the man of steel, I might have liked Superman Returns more. He wants to take over Queen Consolidated, and turn the old brutalized Starling City into the new and improved (and closer to the comics version) Star City. Not only is Routh entertaining as heck, he also wants a piece of Felicity as well. 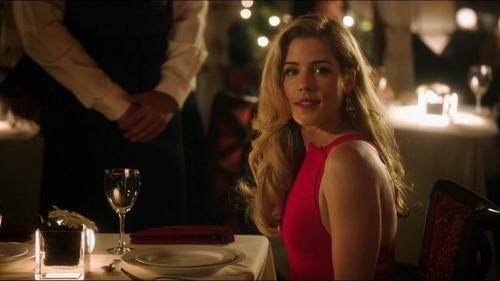 The date, the date many of us have been waiting for for years now, Felicity and Oliver. Having exhausted any topic that could have talked about on a first date, Oliver decides to conveniently tell Felicity about Hong Kong. And not for the first time nor for the last time, I need to mention that Felicity cleans up really nice. Emily Bett Rickards is super hot. Too bad our villain cuts in to the date with a rocket launcher. Soooo... why does Oliver take the bleeding unconscious Felicity to the Arrowcave instead of a hospital?? 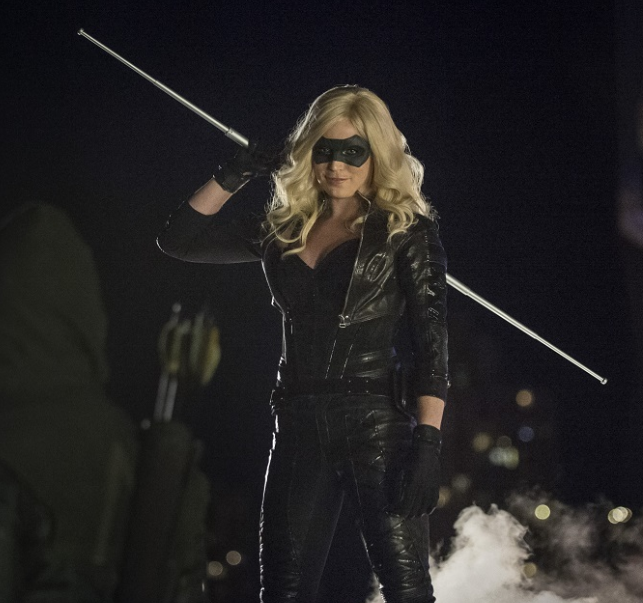 As happy as I was to see Canary come to the rescue when Arrow goes after the new Vertigo, I was once again disappointed in the recent trend in superhero stories - why can't the hero win on their own? I mean, isn't that why they are the hero? As for Sara Lance, our first Black Canary, I wish I could say we'd be seeing her again.

As we know who this season's big bad is - Ras Al Ghul - it's not hard to guess who took her out. If it's not him, he gave the order. The real question is... how long before Laurel puts on the leather looking for revenge?