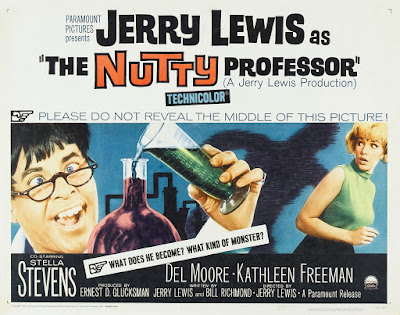 The Nutty Professor ~ One of the highlights of this year's TCM Classic Cruise was special guest Jerry Lewis. He was only on board for the last few days of the cruise, having coming aboard in St. Maarten, and was only available for a few events. One of those was introducing his movie, which he wrote and directed, 1963's The Nutty Professor. 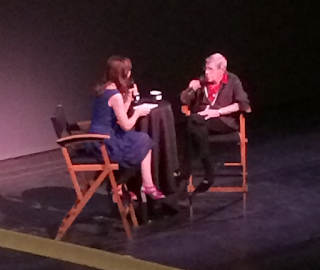 Before the film, which seeing it on the big screen alone was pleasure enough, Jerry, moderated by Illeana Douglas, answered questions from the audience - a near-full house at the palatial Walt Disney Theatre. For more than a half-hour, the star fielded questions and accolades about his career spanning eight decades. I have to be honest, Jerry did not look good, and was having a lot of trouble hearing. After the first few minutes however, Jerry seemed to get his groove on and sound like his old self. That said, I worry about the guy. 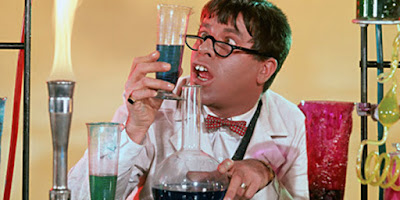 The first thing that struck me about The Nutty Professor was how gorgeous and vibrant the color was, then I realized I had never seen the movie in color. My era of watching silly Jerry Lewis flicks was apparently back in the days when my family only had black and white TV. How lucky to see it now, now only on the big screen, but also in color. 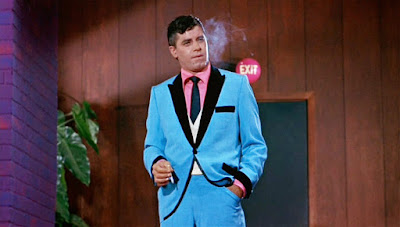 In a twist on the Jekyll and Hyde concept, Jerry plays Professor Julius Kelp, a super-nerd at a college where he's looking for ways to impress a female student he likes, played by the beautiful Stella Stevens. After a dalliance with exercise and fitness to build his muscles, Kelp turns to something he knows better than anything else - chemistry. Finally he comes up with a formula that may help, or it may turn him into a monster. 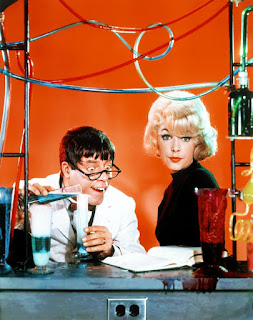 After a proper comedy rendition of the classic Jekyll/Hyde transformation, a monster does emerge - Buddy Love, a slick womanizing lounge lizard in the mold of the worst of the Rat Pack, who immediately puts the make on Stella. At the Purple Pit, the local hangout for the college kids, he makes a hit as the swingingest cat around, but always taking a powder before the formula wears off and he reverts to Kelp.

There are a lot of gags in between story points that are childish, but still hysterically funny, just to show that Lewis does know funny for the ages. The movie is a lot of fun, and holds up today as much as it did when I was a kid, only slowing down at the end when Jerry gives the speech about being yourself in a puddle of awkward silence. Everyone in the cast is fantastic, and look for a very young but obvious Arte Johnson among the students. Recommended, a hoot.