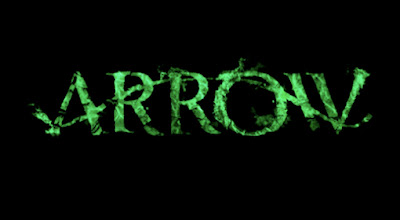 At the end of the last season of "Arrow," it was truly an ending. Oliver and Felicity were no longer a couple. The Black Canary was dead. Thea had given up her semi-heroic life. John too needed a break from Team Arrow, effectively leaving there no Team Arrow. And Oliver had taken on the duties of mayor of Star City.

We open on the mayor being late to a function, and Thea making excuses for her brother's tardiness. He out on the street in Green Arrow gear fighting the still free Anarky from detonating a bomb. He's also got a puppy dog tag along in a hockey mask trying to help. Green Arrow doesn't want his help, and nails him in the leg with an arrow. 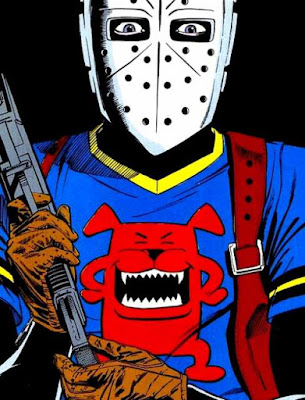 The helper is Wild Dog, or at least the prototype television version of Wild Dog. Back in the 1980s when comics were changing (I won't say for better or worse), and things like Watchmen and Dark Knight Returns were hot, people were experimenting with new types of comics and heroes, and Wild Dog, created by Max Allan Collins and Terry Beatty, was one of them.

Wild Dog was really Jack Wheeler, whose rich girlfriend was killed by the mob. Inheriting her fortune, this former Marie went all Batman/Punisher to get back at the mob wearing a hockey mask and sporting automatic weapons. He was extremely violent and the stories, in his own limited series and the much-missed Action Comics Weekly, were grounded in reality.

As the episode gets rolling, Felicity is reviewing potential recruits for Team Arrow seeing as they are so short handed. Wild Dog is among them, as is Evelyn Sharp (who masqueraded as Black Canary last season), and 'Mr. Ski-Goggles' (Felicity is no Cisco Ramon when it comes to codenames). That last one's police sketch bears a striking resemblance to the 1980s version of the Vigilante. 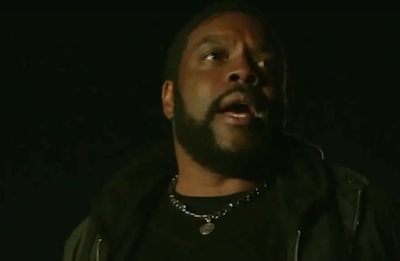 Oliver doesn't want to train a new team. That's s shame, because there's a new big bad in town, Tobias Church, someone new, without a name or background in the source material comics. He makes the gangs and the corrupt police department look like amateurs. On the episode, police mention that Church and his crew tore through Hub City and Bludhaven, respectively the home bases of the Question and Nightwing.

Church is played with grace and menace by Chad L. Coleman, Tyreese from "The Walking Dead," but a far cry from that character. His real acting chops come from his role as Cutty on HBO's "The Wire." This dude is as good as his character is evil. Church has earned the name Charon in, pardon the pun, underworld circles because of the gold coins he leaves on his victim's eyes. 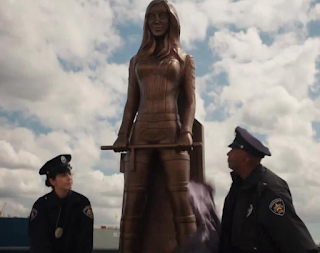 Star City dedicates a statue, on the waterfront of all places, to Laurel Lance the Black Canary. Not only does this lure alcoholic and Donna-less Quentin Lance out into the open, but also Church and his crew trying to bait a trap for Green Arrow... with a rather feisty mayor who can defend himself too well. As Oliver puts up his hands and surrenders, I had a flashback of the 1966 "Batman" when Bruce Wayne is kidnapped and the villains wonder aloud, "No millionaire playboy fights that well."

Also, who caught the license plate of the faux S.W.A.T. getaway truck? What state is the "Land of Mist"? Most fictional cities' locations in the DC Universe are set in stone but Star City has always been a point of contention. Most reports put it on the Pacific coast in Northern California, but there is some argument for a Great Lakes location. Depictions in this series alone have placed it both on the west coast and Iowa. So what state is the Land of Mist? 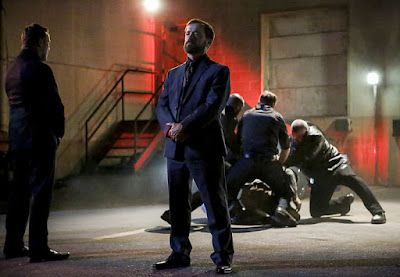 Flashback Island this season will apparently be Russia, cataloging Oliver's time with Bratva, and his quest for revenge against Kovar, the warlord who terrorized Taiana's people, and may or not be Starfire/Red Star. After a misunderstanding in a Russian fight club, we are reintroduced to Anatoly Knyazev, AKA the KGBeast, who was Oliver's cell mate on Ivo's Amazo ship.

Explaining his mission to the Russian, Anatoly warns Oliver off, as Kovar has an army. To fight Kovar, Oliver must become Bratva. Anatoly has advice however, relevant in flashback and present day - "The shark that does not swim, drowns." Forget promises to the dead and move forward. 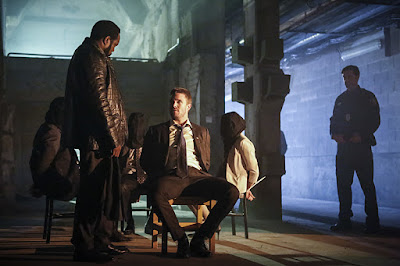 When Thea dons the Speedy costume one last time to save Oliver, we got that same bugaboo that I think all of us thought was finally in the past. It's been four seasons, sheesh. To kill or not kill. Do it or not, Oliver makes it pretty easy in the flashbacks, why is he so bugged now? Either way, Thea is out, and Felicity is back to her push for a new Team Arrow. With Anatoly's advice in his head, Oliver gets his head right.

There's a confrontation with Church's forces that include Coleman doing a Nagan imitation with a baseball bat, and later Heath Ledger as the Joker by uniting the gangs against our hero. Notably, Church takes out yet another member of the Bertinelli crime family. 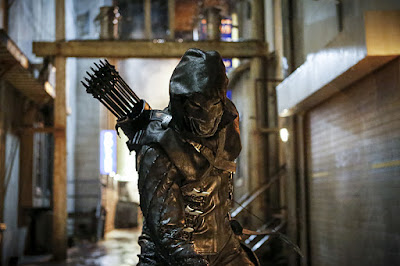 We had a couple last minute stingers but first there was a ham-fisted attempt to give Curtis (finally) a reason to want to join the new team. First, it looks like it might be possible that Felicity's new love interest could be either Wild Dog or Vigilante. And then there's the costumed killer that attacks one of Star City's few good cops. Looks a little like the Dark Archer, but my bet's on Ragman. Or could this be Prometheus? Time will tell...