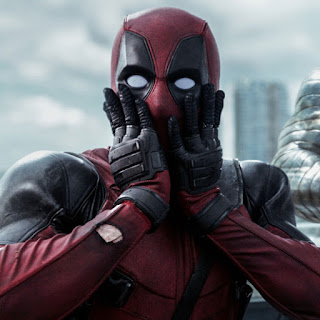 I didn't want to see this movie. I don't like this character. But I have to confess, against all odds, I kinda liked the movie.

To me, this Rob Liefield parody of DC's Deathstroke (Wade Wilson/Slade Wilson, Deadpool/Deathstroke, get it?) is not only silly, but the incessant violence and obnoxiousness of a hyperactive Ambush Bug represents several of the things I dislike about comics. More than that I think it bothers me that so many folks love Deadpool and the Punisher over more traditional heroes. I'm an old man, I'm stepping off my soapbox, get off my lawn. I just don't like Deadpool. In the comics.

As I said, I kinda enjoyed the movie. No, I really enjoyed the movie. I loved the irreverent credits, the opening fight scene, and even the merc with a mouth's incessant fourth wall breaking monologue. Yeah, I dug it, even when it took itself seriously, and even when it actually was a serious superhero movie, and it did accidentally slip into that gown from time to time. 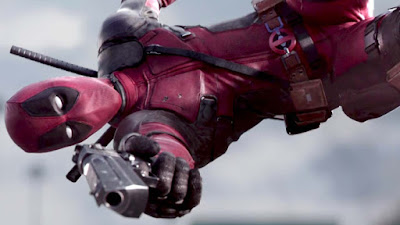 I loved the fight scenes, even the messy ones. Teenage Negasonic Warhead (I love the Monster Magnet song but this was my introduction to the character) and the fully CGI Colossus were fun sidekicks and reminders that Deadpool is in fact part of the X-Men universe. Colossus comes across very well for CGI.

Ryan Reynolds has a lot of fun doing this and it shows. He makes the movie more often than not. Leslie Uggams is a hoot as well. I would see the sequel just for more of Reynolds as Deadpool. Yeah, for real, bring it on.