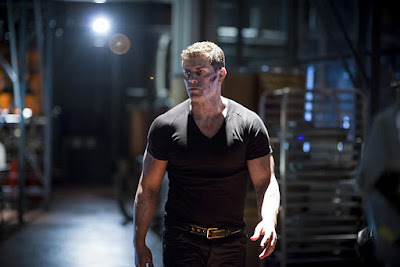 As we open, class is in session. The new recruits to Team Arrow - Wild Dog, Evelyn Sharp, Curtis, and Ragman, whose civilian guise of Rory Regan looks a bit like a Barry Allen stunt double - are watching Green Arrow in action and supposed to be taking notes.

There's a new drug on the street, stardust, that 'makes PCP look like children's aspirin.' Wild Dog wants to get on the street after it, but Oliver says no, so we know where this is going. Could the name stardust be a reference to Stephen Amell's recent adventures with the WWE? More than you can imagine. The dealer slinging stardust is Derek Sampson, played by wrestler Cody Rhodes, previously known as Stardust. Yeah, I know, whether I like it or not, I'm actually learning about wrestling from Nerdfect Strangers and The GAR! Podcast… 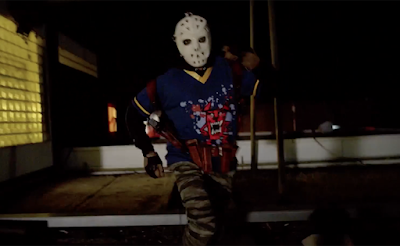 Wild Dog and his short fry sidekick Evelyn go out looking for who is dealing the stardust without Oliver's permission. The Dog kills him by dropping him into a vat of stardust and chemicals Batman style, yeah, this isn't going to end well. Sampson doesn't die per se, he was transformed, and now he doesn't feel pain. Oliver acts accordingly like a jerk, and forbids the recruits from helping. 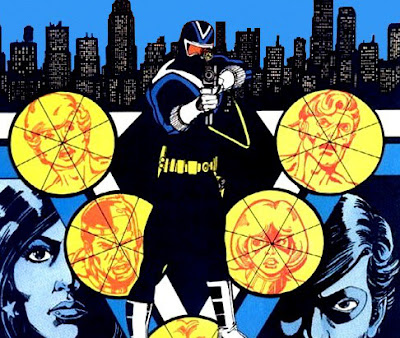 As if we didn't already have too many characters, and are need of a scorecard, this episode we are introduced to new district attorney Adrian Chase. In the comics, he is known as Vigilante, created by Marv Wolfman and George Perez he was sort of DC Comics' answer to the Punisher, plus a code against killing. When he did eventually cause the death of police officers, the guilt brought him to kill himself. Of course, that's the abbreviated version, there's a lot more to it. We've seen an artist sketch of Vigilante in the first episode this season already. Chase had sought to flip Sampson to find the stardust supplier, but Wild Dog put a monkey wrench in that plan. 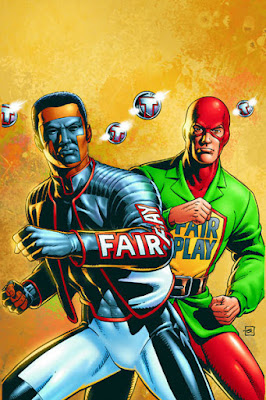 Once Sampson is on the rampage to build an army like himself, and after the obligatory pep talk from Felicity, Green Arrow re-gathers the team. They're sparring and bonding, and getting a lesson from Curtis on Mr. Terrific, sadly, it's not who we think. In the Arrowverse, Terry Sloane was a wrestler whose motto was 'fair play,' which is why Curtis' jacket has that on the sleeves. Groan. As a Mr. Terrific fan, I feel a bit cheated, but in a wrestling-themed episode, I guess I'll take it. If you want to know why I love the original Mr. Terrific, Mark Waid says it pretty well here.

In the subplots, Flashback Island is just Bratva blah blah blah, Thea is fighting with Susan Williams a deceitful newscaster at channel 52, and Diggle goes to jail to await court-martial, but there's a twist when it comes to his cellmate. It's Deadshot. I guess the moratorium set by the DC movie universe has loosened and the character can return to "Arrow." But who it is isn't the twist, it's that John imagined him up. He was never there - John is cracking up. 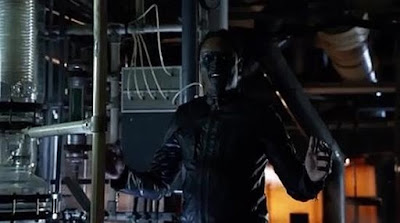 In the final fight we get to see the full Mr. Terrific ensemble. The facial T is as cool as it is weird looking, another effect better down on the comics page than in real life. Is it just me, or is it just too close to being blackface? Wild Dog is fully formed, Ragman would be better in a cape in my opinion, and sadly Evelyn Sharp needs to establish an identity before she gets a definitive costume. We'll wait for Artemis.

As I suspected, the John subplot will play out in the next episode as the A story, but another subplot has arisen to replace it. Felicity's weird guilt over Havenrock on Genesis Day forced her to tell Ragman that she did it. His reaction was to walk away. This can't be good.