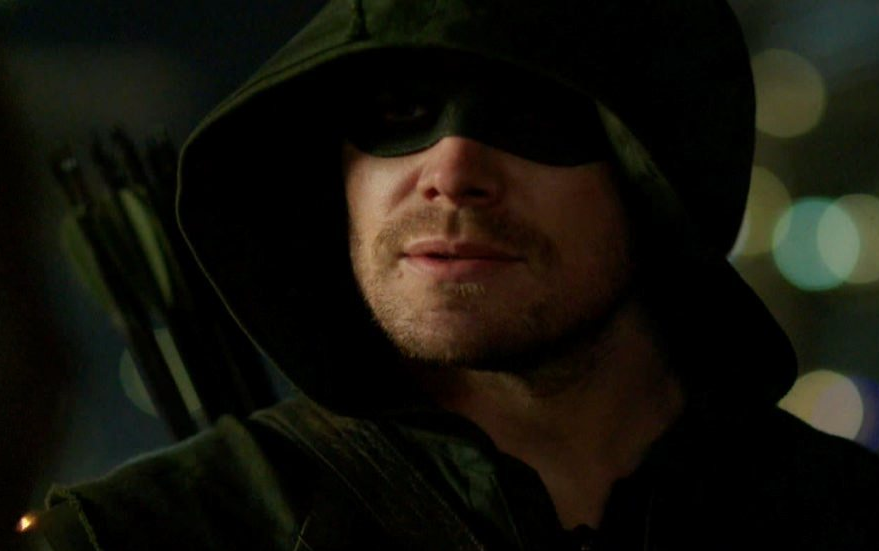 Now the first thing I think of when I hear the words "Streets of Fire," the title of this week's episode of "Arrow," I think of that less than satisfactory musical by Walter Hill from the early 1980s. Hopefully this will wipe that image from my mind.

When last we left Team Arrow, Brother Blood's Mirakuru army was on the rampage in Starling City. Diggle was about to get his ass handed to him by Isabel/Ravager, Arrow and Laurel were trapped underground, Thea was in danger, Quentin was in danger, and Felicity was taking a call... but I'm sure in danger as well. We pick up moments after we left off.

The cliffhangers are handled better than they have been recently. It's good to see the good guys on top of their game for once. I like seeing resourceful heroes. There is a great moment when Kate Spencer confronts Sebastian Blood about the chaos in the city, and the fanboy in me just wanted her to take matters into her own hands and change into Manhunter. But that ain't gonna happen. Apparently there is a limit to heroes in Starling City, and it's not cool, not cool at all. 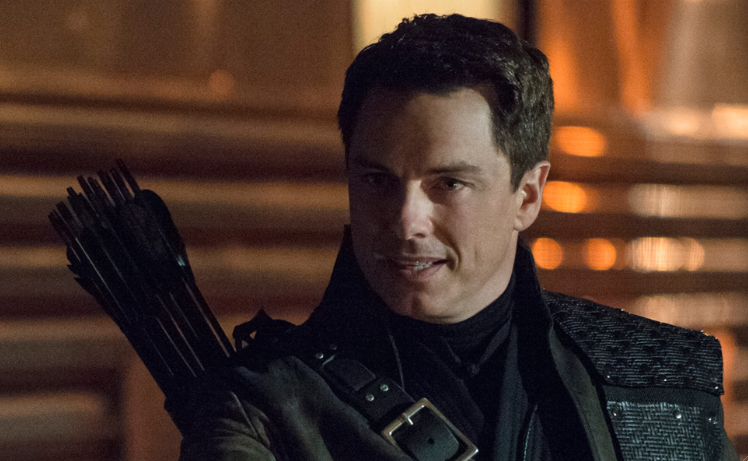 And then there's the return of John Barrowman as Malcolm Merlyn, coming to Thea's rescue in full Dark Archer regalia. He claims he heard about Moira's death and returned to make sure his daughter was all right. Canary is also back, seemingly for the same reasons, but no, it's more like she needed to confess to her sister.

Felicity's phone call panned out however. Vibe and Killer Frost, ahem, I mean Cisco and Caitlin over at S.T.A.R. Labs in Central City have come up with a cure for Mirakuru. It just has to be retrieved, unfortunately Slade knows all about it. The team is intercepted en route with Slade's forces closing in. The episode is actually very much like the end of the first season, with the city in ruins and the cast dispersed.

We also see pieces of the puzzle finally coming together in this episode. We see the beginning of a trust between the Arrow and the police. Quentin's words about masks tearing up the city, and needing a mask to put a stop to it ring in a new era. On Flashback Island, we see the bond of trust made between Oliver and Anatoly, who in the comics becomes the KGBeast, cementing his connection to the Russian mob. 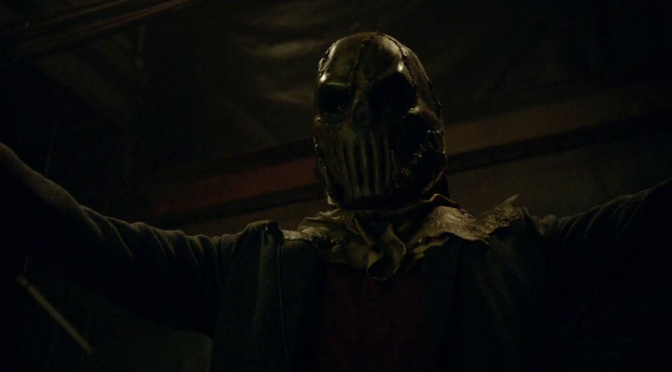 And now for the bad stuff. Sebastian Blood, becoming more and more dissatisfied with Slade's plans, devastation of the city, and obsession with the Arrow, betrays his superior. The cure goes from Slade's hands to Blood's to the Arrow's, thanks to Blood, and for that, the Ravager kills him. I'm not a fan of villains killing villains. It takes it out of the hero's hands, making the heroism a little less satisfying. We want to see the hero beat the villain, so let us.

And don't let the hero's kid sister kill the villain either. But we'll see how that works out next week as well. Amanda Waller and A.R.G.U.S. has blocked all roads and bridges out of Starling City in an effort to keep Slade's army from getting out. She'll level the city at dawn if the Arrow hasn't stopped them. That's the cliffhanger for the season finale, with a nice shout out to the JSA's Monument Point thrown in just for good measure. See you next week.