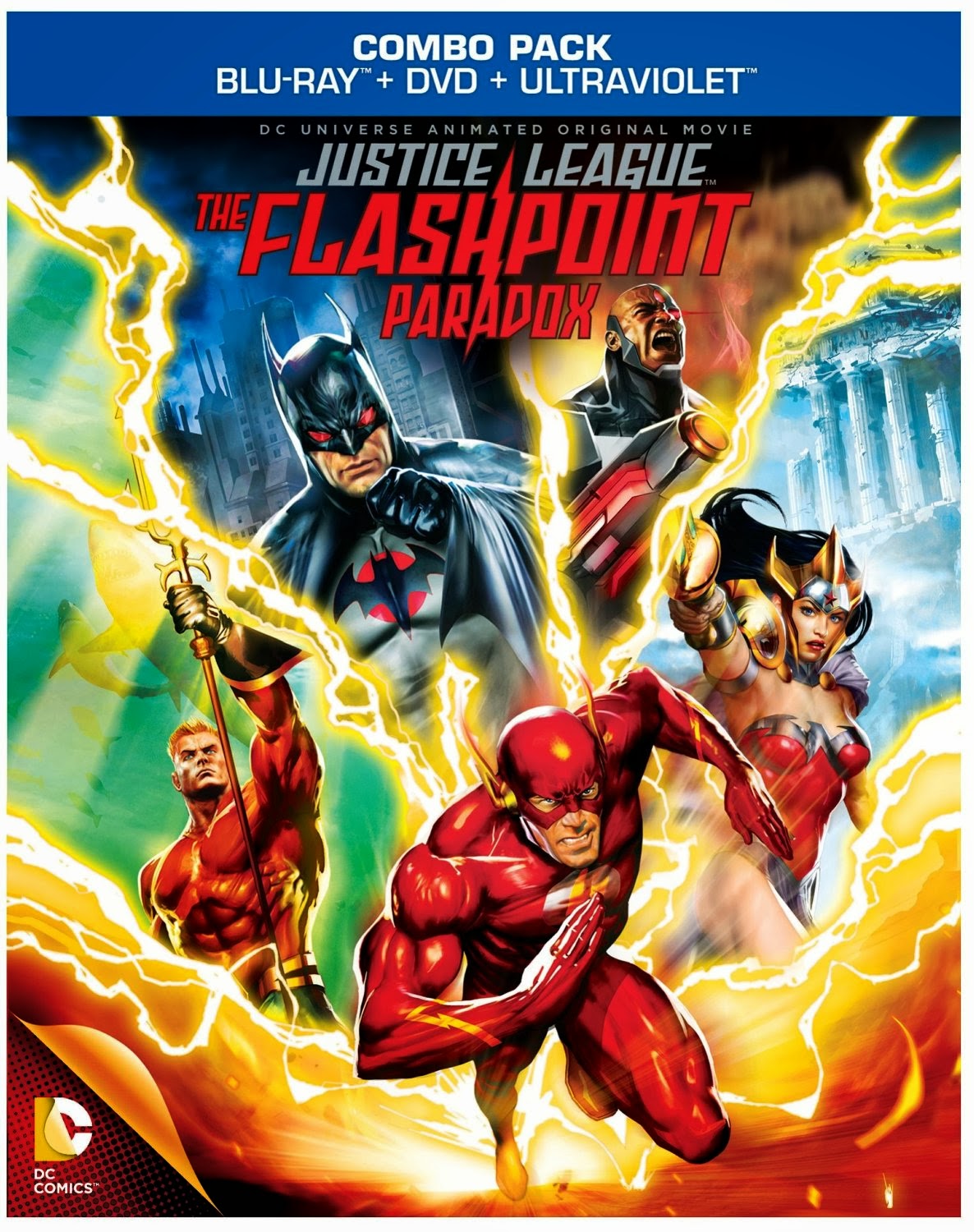 Justice League: The Flashpoint Paradox ~ Flashpoint is both the last storyline of the old DC Comics universe, and the prologue to what's become known as The New 52 DC Comics universe. It's a time travel tale that centers on The Flash, alters his past and sets into motion an entirely new timeline, and not necessarily a good one. In the comics it is the fixing of this time travel tampering that creates The New 52.

I find it really odd that this would be a story the folks at DC would want to make an animated movie of. It's complex, it's confusing for newcomers, and in that the Reverse-Flash murders young Barry Allen's mother as the catalyst, and I'm not even including the bloody war between the Atlanteans and the Amazons - this is not for kids. Why this? I'm not even sure it was all that well received sales wise. Nevertheless, here we are. 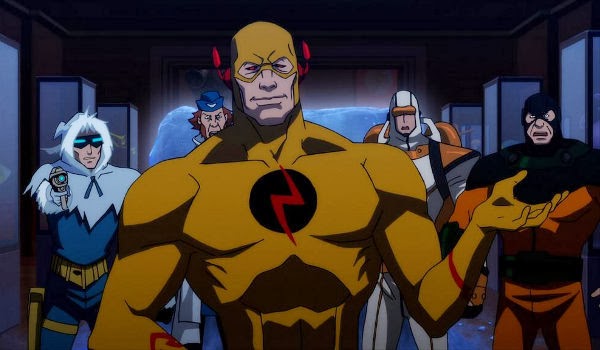 The animation has a very anime feel, much like Superman Vs. The Elite, not that I mind it, but let's just say I've been spoiled by the Paul Dini DCAU. It starts with Nora Allen's murder, although we don't see it and moves to present day with a regretful Barry Allen. He's still the Flash and heads over to Flash Museum to fight a handful of Rogues.

I dug this part a lot. It made me wish for a straight Flash animated series. The scarlet speedster takes on Captain Cold, Heatwave, Mirror Master, Captain Boomerang, surprisingly The Top, and of course the original Reverse-Flash. Some of the costumes are tweaked a bit, I hate Mirror Master's chunky suit, but the rest are cool. Look close and have a finger on your pause button and you'll see Inertia. Too bad the Justice League had to show up. 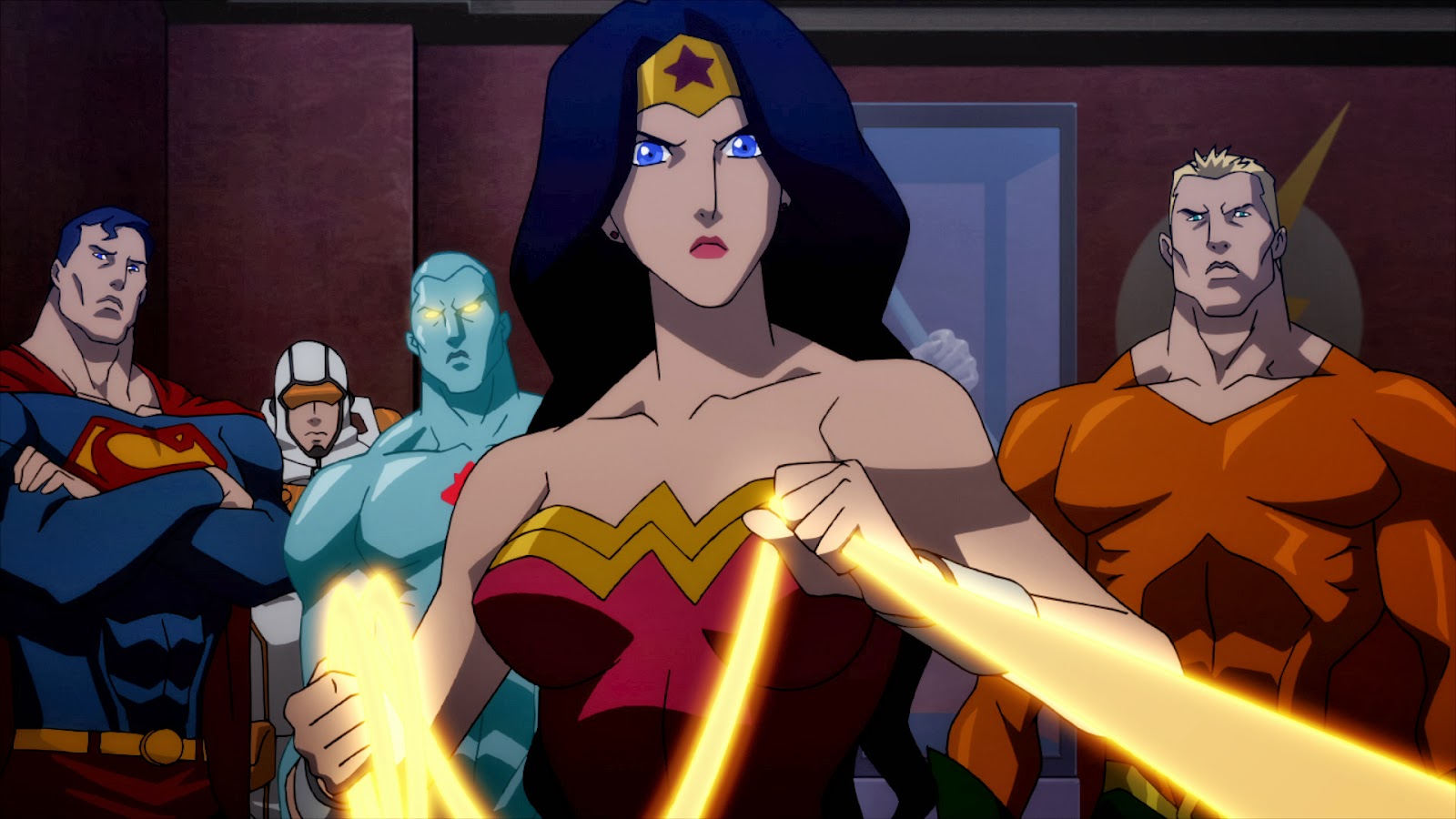 The voice casting is classic, some of it dating back to the Dini days. Kevin Conroy returns as Batman; Hynden Walch, the voice of Harley Quinn, plays Yo-Yo, her new timeline alternate; Dana Delany reprises Lois Lane; and Nathan Fillion plays Hal Jordan again. Also on tap this time are Ron Perlman as Deathstroke, Cary Elwes as Aquaman, Kevin McKidd as 'Batdad,' and C. Thomas Howell as Professor Zoom. Starring as Flash/Barry Allen is Justin Chambers from "Grey's Anatomy." 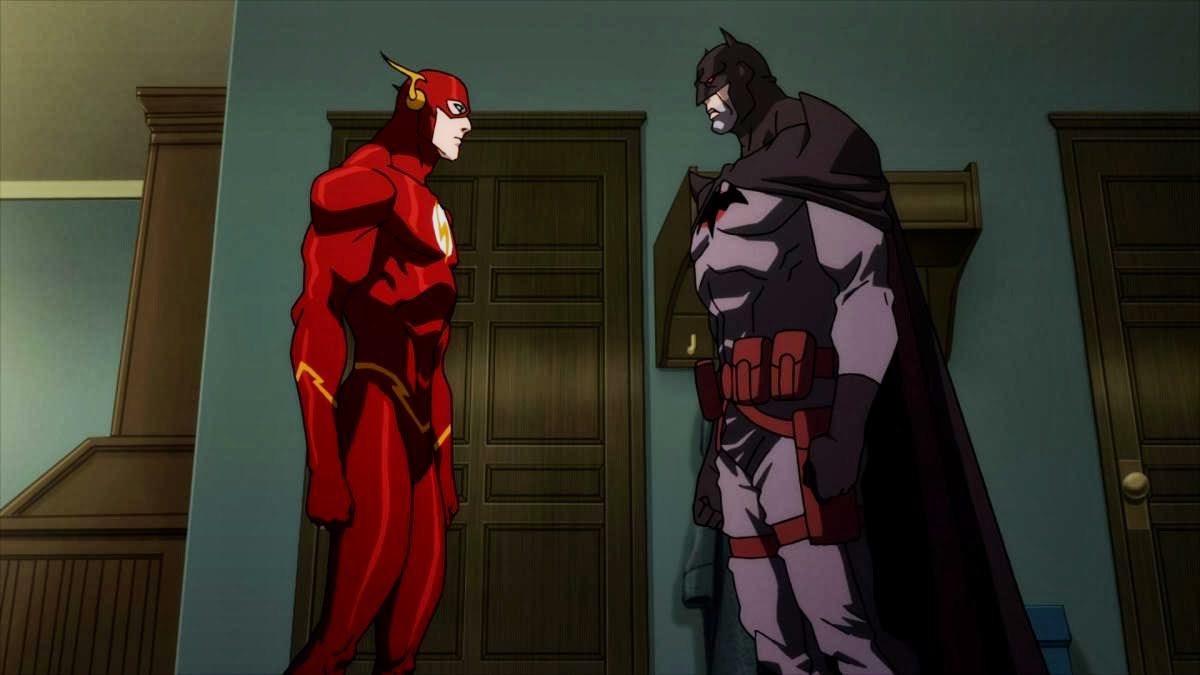 While it is a bit violent for my tastes and it gets a bit tedious toward the middle (obviously from trying to squeeze in ever detail from the comics), all in all, it's not bad. The beginning in the Flash Museum and the end in the Batcave are my favorite parts. And while it is not said aloud, the Batman and Flash seen at the end are The New 52 versions, which marks the division for later animated movies to come. The New 52 is now the status quo for the DCAU.