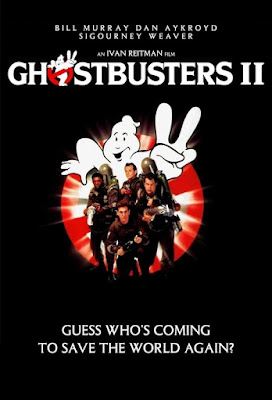 Ghostbusters II ~ We've talked about how much I love Ghostbusters, and even the recent remake, but back in the day, we all wanted to like the sequel, we really wanted to, and most of us were disappointed. Although, in hindsight, that just might be questionable. In light of friend Derrick Ferguson's positive review of the film and recent TV viewings, I might have changed my mind. Go read it now, and all his other reviews, he rocks. 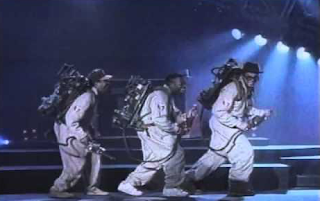 I remember distinctly however the moment when I started to doubt the sequel. Run DMC covered the title theme song, and I was a huge fan of theirs and always loved the tune (seriously who didn't, and doesn't?), but the cover was a disappointment, no one's favorite Run DMC song, delivering none of what could have been so cool, just a meh version. This was the first omen.

Then came the movie. I remember even before I saw it, much like recent DC Comics movie releases like Batman v Superman: Dawn of Justice and Suicide Squad, the word was bad even before it was released. Despite warnings I was there first night to see it, and first impressions, it was not good. As I recall, it did not last in theaters for very long, nowhere near the blockbuster the first movie was. 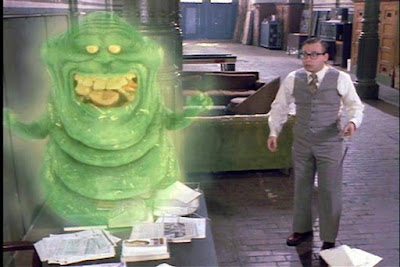 There was much reference given to the successful cartoon based on the original movie, so all the characters had to appear, and Slimer was given special preference for screen time against folks who more deserved it. More than lip service was given to the slime that was too integral to this plot, but only funny in the original in one line. Worse than that, it led to the bad special effects of the Statue of Liberty ending that made audiences groan when it was supposed to make them cheer and sing along. 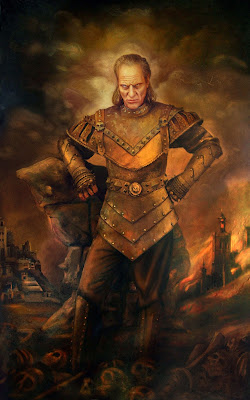 More screen time was given to the 'nerd love' subplot with Rick Moranis and Annie Potts, and of course the biggest drain was Bill Murray (not as enthusiastic, or as funny, this time) and Sigourney Weaver romance/non-romance and baby. Notably the original film was almost flawless, but the only slow parts were with these two I thought. To build on that was a mistake.

All that said, the rest of the film is not bad, and actually a good follow-up to the original. We get a viable and evil-looking villain (Vigo's visage alone, especially in a picture that may or not move is the stuff of nightmares), and a patsy comparable to Weaver and Moranis played by the underappreciated Peter MacNicol who still makes me laugh with that accent (definitely in agreement with Derrick on this). I especially loved the connection to the first film and homage to Son of Kong as the Ghostbusters are put out of business by property damage lawsuits.

As I said, upon re-watching and reading the above-mentioned review, I may have changed my mind. Derrick might be right.  I think it's bad, but not that bad. Unfortunately the experience may have soured much of the cast on doing a third one, but happily on not cameo-ing in the new film. This is not necessarily a recommendation, but maybe give this one another look with an open mind.