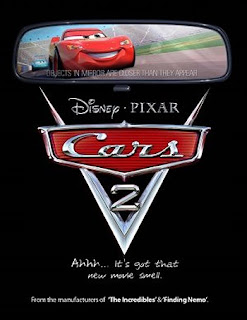 Cars 2 ~ I really liked this sequel to Cars a lot, and it has a lot going for it but one thing bothered me a lot as well - and I just couldn't get it out of my head once it reared its ugly head. Remember the short story by Stephen King called "Trucks"? It was made into a movie twice, once for television under its own name and once theatrically as Maximum Overdrive. The story goes that something happens, some event, and machines, mostly cars and trucks, gain sentience, and proceed to wipe out the human race, and those that remain alive are turned into slaves, slaves that maintain them and fuel them. 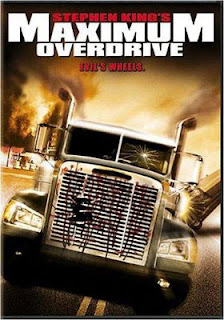 The thought occurred to me while watching Cars 2 that this was that world! In this flick, the characters participate in several international races and pass a lot of architecture, much of which featured doors and windows that were built and designed for humans, not cars as evidence would indicate. And we never see any people, only vehicles. It gave me shivers and I couldn't shake them throughout the flick. Watch and see. If you've seen either of the movies, or read the short story, you'll be freaked out.

Stephen King comparisons aside, this is a great kids movie, and terrific for adults as well. Like most Pixar flicks, it works on many levels providing entertainment for old and young. I especially liked that Cars 2 was a perfect sequel for Cars in that kids who saw the first movie when it was right for their age, will see Cars 2 a few years older and still find it age appropriate for them. The story, the development, the action, language and even the small amount of perceived violence actually grew up with the kids. 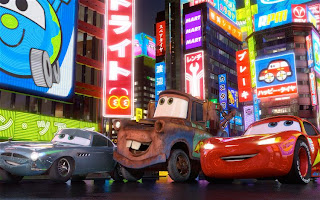 I was kinda bugged by the subpar Toy Story shirt before the movie. I would have really had a Pixar original, which are always wonderful and innovative. I guess they had to bow to the powers that be, go for the sure buck and cash in. Shame. I also noted that a whole new cast of characters, and new versions of old characters were introduced to ensure a good toy merchandizing blitz for the sequel. Nothing wrong with that but its obviousness bothered me.

On the good side, there was a lot there for me and other adults. I loved the whole spy parody plot with Michael Caine doing the voice. Not many folks realize how big Caine was in the Brit spy cinema game in the late 1960s and early 1970s. This is a fitting homage. Folks of my age will also smile at the "Speed Racer" references and homages in the race sequences. Cars 2 is very reminiscent of both the original cartoons and even the amazing live action of a few years back. Loved it. 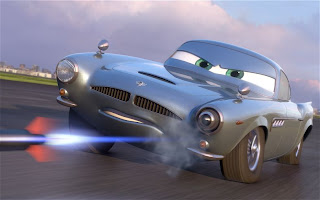 So other than the creepy Stephen King "Trucks" thing, and the short before the movie, Cars 2 is an excellent sequel and a great movie for kids and adults. Just be wary, parents, the language and violence is a bit more intense than the first one, okay? But definitely check it out.