Captain America - The Damage Is Done 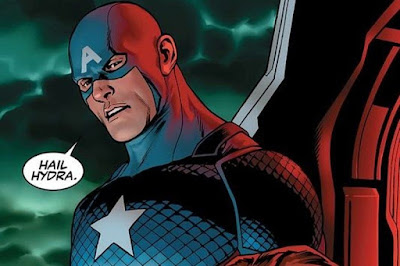 I have talked at length about this at Biff Bam Pop! in my review of Captain America: Steve Rogers #1, and on episodes of The GAR! Podcast and Nerdfect Strangers here and here. Captain America is an Agent of Hydra, and always has been - or so we have been told.

And that's key. That's what we were told, but apparently we have been lied to. Here's the gist - in the first issue of Captain America: Steve Rogers #1, we see a dual storyline - one where young Steve's mom is tempted into a group that is suspiciously like Hydra (or the Nazis), and one where Captain America kills fellow hero Jack Flag and then says, "Hail Hydra." I have to hand it to writer Nick Spencer, because while I wasn't happy with the story, it was good and I enjoyed it, to the point of wanting to see what happened next. This was accompanied by some great art by Jesus Saiz, not a bad comic, all things considered, and one hell of a cliffhanger. 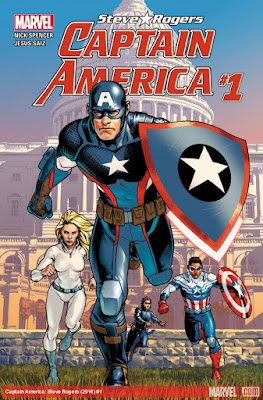 But. That's not the problem. The problem is that the day before the comic was released, Marvel Comics Senior Vice-President of Publishing, and former editor and Executive Editor, Tom Brevoort, went on several high profile media circuits and made certain pronouncements. From Time to Newsweek, from Entertainment Weekly to CNN, he announced that this was not mind control, not a hoax, not 'an imaginary story,' not a double or clone, and not a double agent thing. He basically closed off any possible escape for this horror, and then he said what clinched the noose around the character and much of the American public. "Captain America is, and has always been, a Hydra agent."

None of this was in the comic book, mind you, only from his mouth. And that's what drove me crazy, the hype machine, not the comic itself. Now we comic readers know that editors lie, and we know that (hopefully) Captain America would be back to status quo in six months to a year. That's just how comics roll. The problem is, that's not how the non-comic-buying public rolls. They don't know that's how it works. 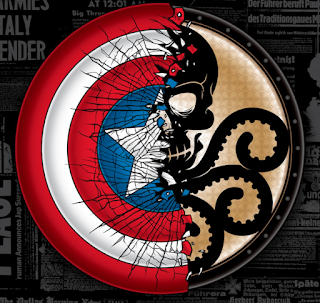 They also don't know the intricacies of comic book continuity and logic. Many people who are into comics equate Hydra with the Nazis. They are not technically the same thing as the Marvel Cinematic Universe has gone to great lengths to demonstrate, but let's face it, Hydra was founded originally (don't talk to me about Jonathan Hickman's retconned ancient origin) by Nazis, doesn't that at its core, make them Nazis? Both groups hate, both groups seek world domination, and both groups will kill to get their way. At the very least, Hydra is evil in a very Nazi way.

But the public doesn't differentiate, and the shorthand has become - Captain America is a Nazi. Have you ever been called a Nazi sympathizer in a public place? I have. Twice. In the last month. That was because of my iPhone with the cover of Captain America #100 on the case. After that, I have not even dared to wear any of my Captain America t-shirts. In discussions of the topics, many non-comics folks I chat with just call the character 'Captain Nazi.' Yes, it's that bad. 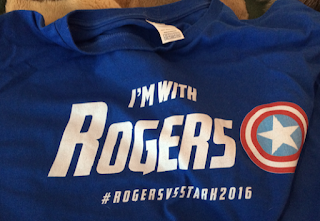 I have to wonder about all those folks I saw at the premiere showing of Captain America: Civil War wearing Cap shirts, along with Avengers, and a handful of Iron Man as well, are faring at this moment. Do they still wear their Cap shirts? Speaking of movies, that brings up another point about public perception. When you don't follow comics, and only the destructive changing events are publicized, and not the fixing or returning events, your only point of reference is what you know from the news. 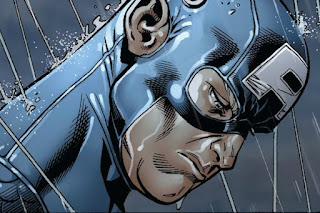 Case in point. When I first saw trailers for Superman Returns (2006), Man of Steel (2013), and Batman V Superman (2016), I heard several folks in the theaters repeatedly ask, "Isn't Superman dead?" For those not in the know, Superman died in the comics in 1993, and returned from the dead a little over a year later. Guess which story the media covered? People only remember what is drilled into their head. Mark my words, in ten years, Captain America will still be a Nazi in the eyes of the non-comics-reading public. The damage is already done.