A Preacher Virgin Looks at Preacher 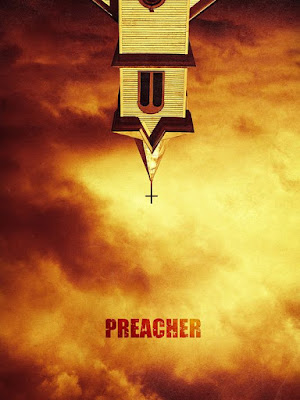 Unlike a lot of comic book properties that move to television and film, I don't really know all that much about Preacher. I've never read it. I know it was by Garth Ennis and Steve Dillon, for mature readers, and that it had characters like Jesse Custer, Cassidy the vampire, Arseface, and the Saint of Killers - but that's about it. I also knew it's fans were passionate and loyal. When I watched the AMC TV series however, it was all-new to me.

I didn't know what to expect in its first moments with its purposefully cheap effects, but they were soon forgotten as I was enveloped by the tale of Preacher Jesse Custer possessed of a power called Genesis in a quirky Texas town named Annville. While Jesse on the whole is well played but fairly boring, his situation is not, and neither are his somewhat companions Cassidy and Tulip. Dominic Cooper, and especially Ruth Negga and Joseph Gilgun are wonderful. And the more I see of them, the more I want them in the show, but the showrunners seem to be holding back giving me what I want. The screen shines when either are on it. 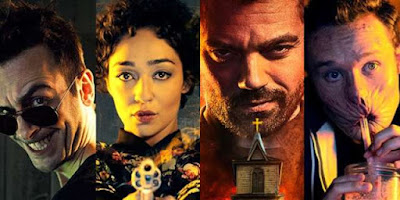 Annville itself seems to me to be what "Twin Peaks" might be as a comic book written by Quentin Tarantino. Episodic, bizarre, violent, and defiantly Lynch-ian. I love it. As more quirky characters are introduced, notably two angels sent to retrieve Genesis by ridiculous and arcane methods, I am enjoying myself but find the storytelling lacking. Like "Twin Peaks," we don't actually seem to be going anywhere.

There are subplots I want to see more of like Tulip's quest for revenge and Cassidy's pursuers, but these are overshadowed by others that I either don't care about or don't understand - like Jesse's childhood or Quincannon's madness or these old west flashbacks. They may well be Easter eggs that comics readers get and love, but I don't get them. 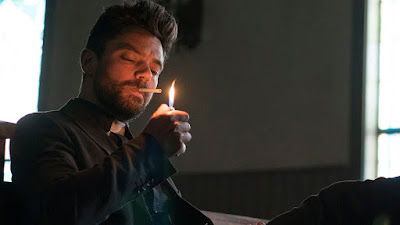 I'm eight episodes out of ten in, and I have to say I'm losing interest. The things I want to see I'm not getting and what I am getting is just not doing it for me. I suspect they are stuffing as much as they can into the show despite the effect it might have on virgin viewers like me. I'm still watching, but I prefer the early episodes to the later ones.

For a different view on the series, this one from a fan of the comics, check out Amanda Blue's reviews of "Preacher" at Biff Bam Pop! right here.