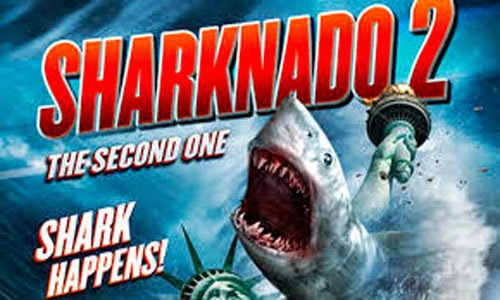 You knew it was coming, how could it not be coming? From the moment Sharknado ended, we all knew that Sharknado 2: The Second One was coming. What the real trick is is how SyFy was able to muster the same if not bigger flurry of hype as the original. Forget the live "Sound of Music" with Carrie Underwood, this is real event television.

It still has the same plot, a tornado made of sharks, only this time it hits New York City. Ian Ziering is our almost indestructible action hero versus an army of wind propelled sharks. It's madness as only The Asylum can deliver. From the opening that rifts on Airplane! (with Robert Hays!) and "Nightmare at 20,000 Feet" the guest stars come fast and furious. It's almost as much fun figuring out who's who as it is to watch this campy cool classic. 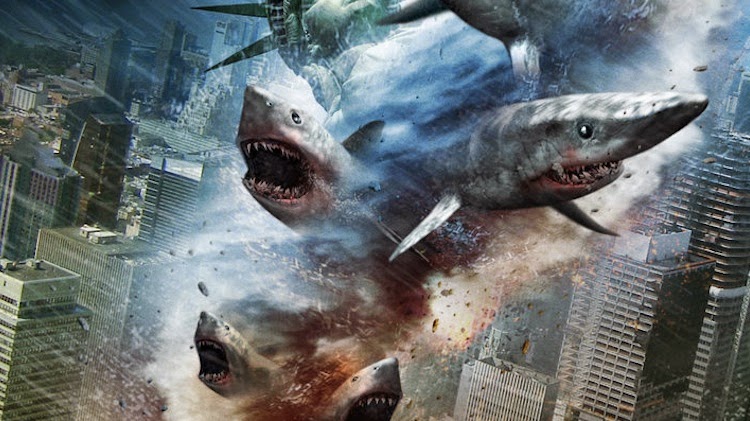 Everybody wants to be in the Sharknado sequel, from Judd Hirsch and Kelly Osborne to the looking their age Mark McGrath and Downtown Julie Brown. There's Andy Dick, Wil Wheaton, the crew of "The Today Show," Biz Markie, Perez Hilton, and even the Naked Cowboy. The entire movie is like the window gag on "Batman" '66, who's going to show up next? Jared from Subway is also in there, probably because there's Subway advertising everywhere. 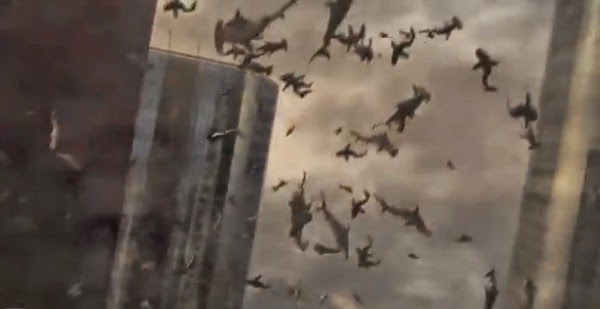 There's also Vivica A. Fox, who seems to be standing in for the one-handed and ragged Tara Reid who just doesn't seem up to the sequel. Speaking of folks not aging well and unrecognizable, Kari Wuhrer, Robert Klein, and Billy Ray Cyrus are also in here. There are also multiple references to other movies like 1941, Army of Darkness, and Cloverfield. Most of all, written by Thunder Levin who wrote the original, the flick never loses its sense of humor about itself.

SyFy has fun with it as well, promoting live Tweeting of the movie, keeping a running body count, and when they could have saturated this with commercials made breaks swift and painless. Sharknado 3 is planned for next year with SyFy thinking it will be a yearly event, as long as it doesn't jump the shark, that is. This is mindless fun, jump in!