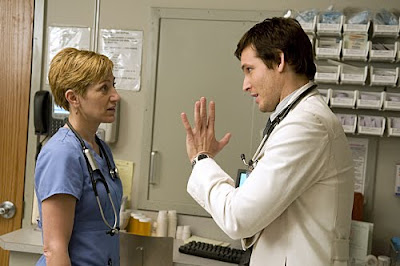 It’s been a couple weeks since the season finale of Showtime’s brilliant “Nurse Jackie,” and something has been bugging me about the ending/cliffhanger. I finally realized what it is. It’s “Mary Hartman, Mary Hartman.” 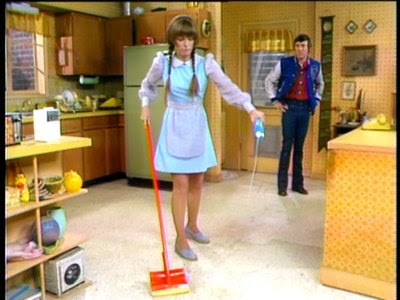 What is significant is that none of the dangling plotlines or cliffhangers were ever really resolved. Yes, the series was revisited, without Lasser or her title character, a year later with much the same cast in less popular “Forever Fernwood,” but as I said, much was left unresolved.

This is why I’m worried about “Nurse Jackie.” Things came crashing in, conflicts came to a head, the lead character’s life literally hit a dead end. Will her drug induced state send her into a coma from which she’ll emerge later with no repercussions? I hope not. Time will tell. Either way I’m glad such an amazing show has been renewed. Let’s hope Edie Falco fares better than Louise Lasser.