Wanted ~ Wanted, the comic book mini-series by Mark Millar and J.G. Jones, is about super-villains, superheroes, global conquest, brainwashing, parallel universes and secret conspiracies. Wanted, the movie, is about a fraternity of assassins and secret conspiracies. Hmmm, just like the Superboy comics and the “Smallville” TV series. The names are the same and the characters seem familiar, but in reality they are two completely different animals. This is very loosely based on the comic book, so much so I think it should have said just that in the credits. The stories are sort of close, close in that same way that The Godfather and Mafia! are both about organized crime. But while the comic was one of the best on the shelves in the last few years, the movie after the first hour becomes just another over-the-top action movie. And not a very good one either. Ride yes, movie no. 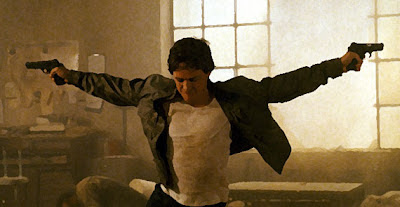 James McAvoy plays mild-mannered, apathetic, panic attacked loser Wesley Gibson whose life is turned upside down when he’s informed his father is one of the world’s greatest assassins and he has to take his place in a secret fraternity of assassins. In several twisted Rocky/Batman training sequences he makes the grade and begins the hunt for his father’s killer. McAvoy is a lot of fun, and he’s very good. He’s got quite a bit of range in his past roles and I always look forward to seeing his work. That said, I liked his human Wesley more than his super-assassin Wesley.

Co-star Angelina Jolie looked suitably sexy and dangerous as the Fox, one of the few names kept from the comics. Other than eye candy however, she’s not much else. Morgan Freeman is, well, Morgan Freeman. It was refreshing to hear him swear once in the flick. It reminded me of his Oscar-caliber role in the much-overlooked Street Smart all those years ago. Ya know, with a nudge and some effort I think Morgan Freeman could easily be Samuel L. Jackson again. Common doesn’t have a lot to say, but damn, he still looks fierce. Marc Warren, who I loved when he appeared in “Doctor Who” and “Life on Mars,” is terrific as the Repairman. He’s a face to watch. 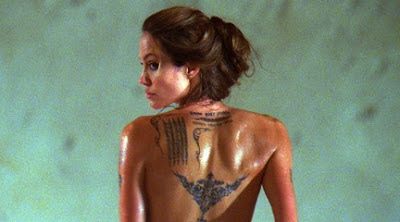 There are some truly spectacular stunts here but the quick cut shaky cam tricks do this flick a solid disservice. Why create terrific stunts if you’re not going to let the audience see them? Equally, the curving bullet effects are cool, but after a while they became just that, another overused effect. It reminded me of the visuals in The Matrix and Jumper - it just ain’t that special if it’s used too much. And the Danny Elfman soundtrack is superior, especially “The Little Things,” perhaps his first real rock vocal since Oingo Boingo.

The biggest loss, in my opinion, of this non-adaptation of the source material is that the outstanding villain of the piece is not the frightening Joker-template, Mister Rictus as in the comic, but instead Wesley’s overweight harpy of a boss, Janice. Great comic and good summer fodder for a movie ride. Worth the ticket price, but still Wanted left me... wanting. All in all I think I’ll read the comic series more times in my lifetime than I’ll watch this again.