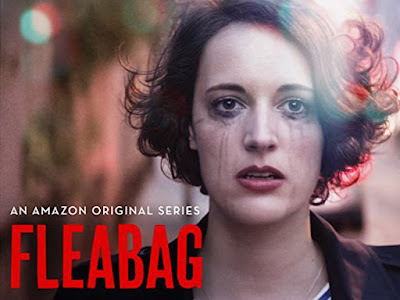 I have to admit that until her name came up as a possibility for the role of the thirteenth incarnation of The Doctor on "Doctor Who," I had never heard of Phoebe Waller-Bridge.  She's apparently an award-winning playwright as well as an actress, but I didn't know.  Neither she nor the other favorite Kris Marshall of Love Actually, got the role, it going instead to Jodie Whittaker.  We'll have to wait until at least Christmas to see how that goes.

Back on track I was surprised to see Phoebe's name again recently as I was browsing Amazon Prime.  She is the star and writer of a show called "Fleabag."  The ongoing saga of a young single woman in London as she tries to make her way through life after the death of her best friend might not sound like anything special, but Waller-Bridge makes it work wonderfully. 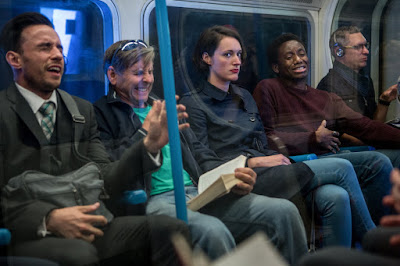 As the title character, Phoebe's dry sarcastic wit, self-deprecating humor, and breaking of the fourth wall bring this series to a level above most sitcom dramas.  The characters, situations, and problems are all very real, her caustic wit severing them all with precision.  It feels like the later meaner seasons of "Seinfeld" and the earlier more earnest seasons of "Girls," mixed with "Curb Your Enthusiasm" and "I'm Sorry," with just a touch of Britcom sensibility and "Sex and the City."  Yeah, all that.

I love this show, so funny, so clever, and so tragic.  My mind reels to wonder what she would have been like as The Doctor.  Perhaps someday we'll see, until then we have "Fleabag," definitely recommended.