F is for Family 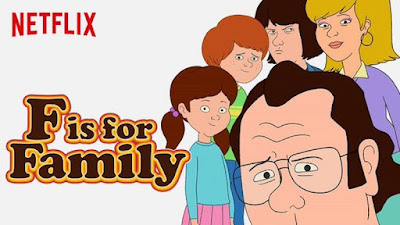 Like many of the television situation comedies of the 1980s and 1990s - like "Seinfeld," "Home Improvement," or "Roseanne" - "F is for Family" is built around the stand-up routines of a popular comedian, in this case, Bill Burr.  What makes this one unique is that it's animated, and set squarely in 1973.  And as a child of the 1970s suburbs, let me assure you, they got this right.  This is no That 70's Show. 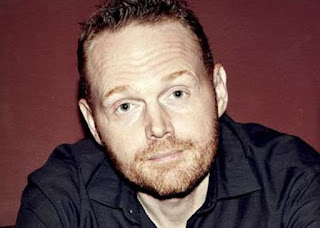 Now I have to admit that I was never really a big fan of Bill Burr.  I always enjoyed when he was a guest on the late great Opie and Anthony radio show, and never turned the channel when his stand up was on, but I never sought it out either, and I've never heard his podcast although I know it's quite popular.  Burr always seemed fun, and funny, but a little mean spirited and pessimistic.  In this format however, I think it works.

Bill Burr voices the father, Frank Murphy, who in the opening credit sequence set to Redbone's "Come and Get Your Love," we see go from hopeful young man with dreams to the crushed spirit of a family man with responsibilities.  The wordless bit actually reminds me if the beginning of Disney-Pixar's Up in that it conveys so many feelings in an economy of dialogue and time, brilliant.

Frank's wife Sue is voiced by Laura Dern, and burnout son Kevin by Justin Long.  Sue fights for her rights as best she can as a housewife in 1973, and Kevin tries to better himself but it never seems to work out thanks to his other burnout friends.  Frank struggles with his wife, his family, which also includes a younger son and daughter, and a job that is quickly headed toward disaster.

Besides Bill Burr, who voices, writes, and inspires, there are two other executive producers who may be of note, Vince Vaughn and Peter Billingsley.  Vaughn you all know from his many acting roles, including Swingers and "True Detective," and Billingsley was Ralphie in Jean Shepherd's A Christmas Story, who since then has does considerable work behind the camera. 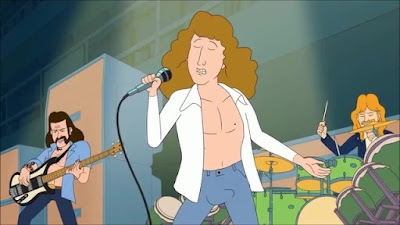 As I said I grew up in the suburbs of South Jersey in the 1970s, with the show taking place in nearby Pennsylvania, and this is dead on.  I not only know these people, in some cases I was them.  The comedy is funny but the people and the situations are real, sometimes too real, and at times override the jokes.  The ongoing subplot of a strike at the airline where Frank works is a serious concern.

My favorite episode of the first season is "Bill Murphy's Day Off" where the parents take Kevin to a rock concert so he and his friends can see the opening act, Shire of Frodo.  Fans eager to see the headliner Lifted Riffs don't let them even start a song but Riffs is a hoot.  While both bands are parodies of different aspects of Led Zeppelin, Riffs really takes it to town with a song called "Lick My Pickle," a clever and hilarious riff on "The Lemon Song."  Loved it. 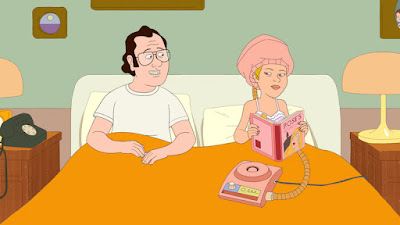 The second season became available, all ten episodes of it, just a couple months back.  Frank adjusts to new jobs and old, Sue fights the glass ceiling, and Kevin tries to make a go if his own band.  There are bigger parts for Frank's rich swinger neighbor played by Sam Rockwell, and his two younger kids as well, one a bullied boy standing up for himself, and the other a smart girl up against many of the same barriers as her mom.

"F is for Family" is coming of age, it's nostalgia, it's emotional, it's funny, and it's definitely worth checking out. If you grew up in the seventies, ever didn't want to turn into your parents, or tried to turn everything into a bong, this show is for you.