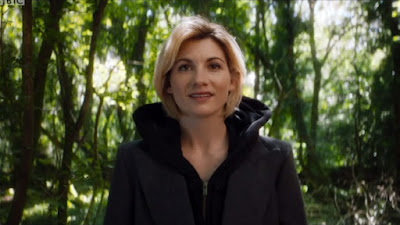 The announcement has been made, the shots have been fired, and finally after two days, one might hope the smoke has cleared. The new Doctor, who we will not see officially until Christmas evening, several months away, will be a woman. The new Doctor Who (if that is, indeed, his/her name, hmmm, I wonder if The Doctor will need to choose new pronouns…) will be played by Jodie Whittaker.

Now, first things first, the fact that The Doctor will be a woman doesn't bother me one bit. It's been known in fandom circles for decades that Time Lords/Ladies can change gender, race, even species, when they regenerate. Such a gender switch was verified as canon on the television series itself in the episode "Hell Bent" as a white male Time Lord regenerated into a black female Time Lady. Since then, we have seen, and loved, Michelle Gomez as missy, the female regeneration of The Master. It happens, it's canon, and that's how it's going to be. 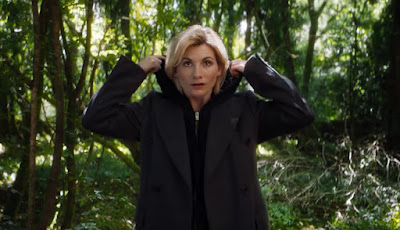 If anything, my disappointment in the choice of new Doctor was more about it not being Hayley Atwill ("Agent Carter") or Kris Marshall (Love, Actually) than it being a woman. My only doubt is in the fact I have never seen Jodie Whittaker's work, so I'm not even sure what kind of Doctor she'll be - but then again, finding out is half the fun with any new Doctor. I just hope she'll have good stories. Bad stories can ruin even the best Doctors, as in the cases of both Sylvester McCoy and Peter Capaldi, in my opinion.

And now a word about fandom, and this is where it will get ugly. There have been a few distinct factions at war on social media regarding the announcement of the new "Doctor Who" as a woman. There are those true fans of the show who know it is canon, and know it has been hinted at and telegraphed over the span of seasons that eventually The Doctor would regenerate into a woman, and they were cool with it - granted, hesitant as they would be with any new Doctor, but not over gender. 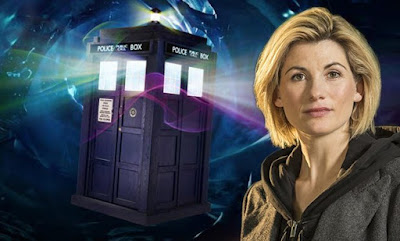 Then there were those who were only casual fans or who only knew the show by reputation and had no idea how regeneration works, let alone what it is. Typically these folks probably voted for Brexit or Trump and wouldn't know a TARDIS from a police box. They were outraged that another male icon was being stolen from them. They were also typically the same folks who spell it 'Dr. Who' as opposed to 'Doctor Who.' For the record, this is Dr. Who, and this is Doctor Who, get it right. Not true Whovians and not worth my time.

Also not worth my time are the folks who have never seen the program and yet still have an opinion. You know what you can do with your opinion. If you don't watch, you don't get one. Just my opinion. And this includes all those folks trying to use the idea of an iconic male role becoming female for your own agendas. You don't get to do that if you know nothing about the mythos.

I welcome Jodie Whittaker to the Who family, and cannot wait for her adventures to begin. I think she's going to rock.