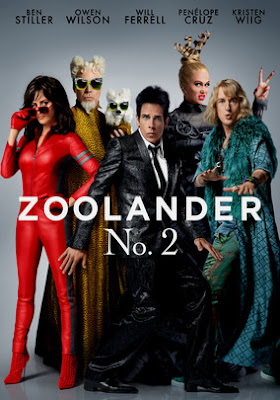 Zoolander 2 ~ I hated Zoolander or at least I remember hating Zoolander.  Now I think I might want to give it a serious re-watch.  My mind on the subject has been changed.  Seeing the sequel, Zoolander 2, I understood what was being gone for. Just sit back, relax, and enjoy the stupidity. While before I thought I was looking at a bad "Saturday Night Live" sketch that had gone on far too long, this time, I got the camp, and I saw the superhero parallels, at least in the sequel, and kinda loved it. And if nothing else, the opening gave me new respect for Justin Bieber, and that's saying a lot.

The BFG ~ This film adaptation of a Roald Dahl story is fun, but not as interesting as his other stuff, until they get to the giant meeting the Queen of England, and then it's great. Great fantasy that becomes great funny on a Monty Python scale. The kids will like it more than you will, but they won't get half the jokes. Fun for a rental. 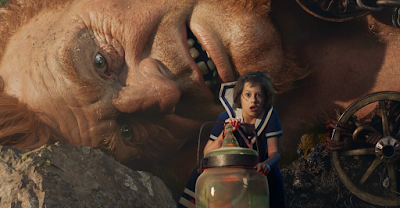 The Wedding Planner ~ One of the terrible things about being in the hospital is that you will watch anything, because sometimes you either can't move or can't find the TV remote to change the channel. When this simple rom-com came on one night, I thought I was in for two hours of hell, but it wasn't half-bad. Predictable from start to finish, but I have to say I quite enjoyed this one… or maybe the IV was just full of good drugs. 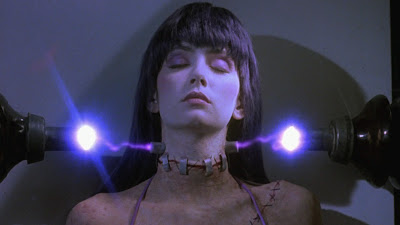 Frankenhooker ~ I loved this movie when it first came out, thought it was hilarious, and bought the videotape when it came out. When I worked in a video store, I would push the button on the movie box when I walked by, and it would say, "Wanna date?" and "Got any money?" Hilarious. I saw it recently, the story of a deranged young man who brings his girlfriend back to life using body parts from dead chopped up prostitutes, and I'm sad to say – either I've grown up, or it doesn't hold up at all. I still think the talking box is funny though.