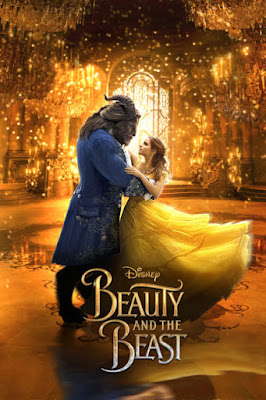 Beauty and the Beast ~ This is yet another of Disney's unnecessary live action remakes.  I don't see the point of these honestly, unless of course they are told from a different point of view entirely like Maleficent, or completely different as in the Tim Burton Alice films.  While Cinderella did answer some questions from the animated feature (as does this one), I found it ultimately dismal, and what could have been the best part of The Jungle Book was left on the cutting room floor (Scarlet Johansson's "Trust in Me"). 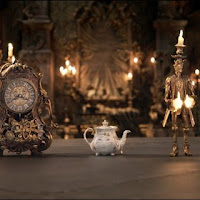 I was very wary of the new Beauty and the Beast.  Not only was the original an Oscar nominated and winning classic of Disney's new animation age, it could have been decidedly difficult to animate.  In fact, the scenes I had seen in previews of the castle objects come to life, like Lumiere and Cogsworth, did not impress me. 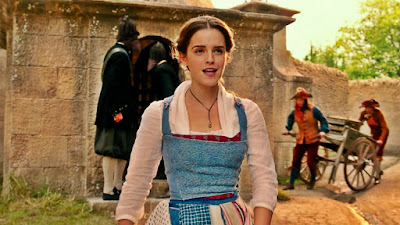 The casting worried me as well.  Hermione Granger? I'm not saying that Emma Watson is typecast but she would have to go a long way to make me believe she is anyone but Hermione, and as hard as she tries here, Emma never comes off as anything but playacting as Belle.  Honestly all of the roles are very solidly in most of our minds from the animated feature, it's hard to envision anyone else in those spots.

The animated objects in the original are charming cartoons but here the CGI versions come off as a bit creepy, just to the left of Tim Burton.  We love those cartoon characters but the new ones are impressive yet cold and inhuman.  Similarly the music is also impersonal and feels very much like artificial or karaoke covers.

Don't get me wrong, the live action Beauty and the Beast is a good movie, heck, it might even be a great movie for those who have never seen the classic original, but for me, the best it will ever be is a pale and ill wrought imitation.  Worth seeing only for the curious and the hardcore Disney fan only.