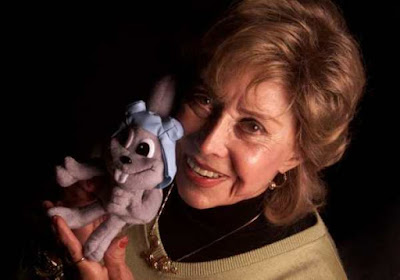 After a sad and morbidly misleading fake death by internet rumor, June Foray, voice actress extraordinaire, has passed away for real, last night, at the amazing age of 99. A voice from my childhood is gone.

Having grown up with the Warner Bros cartoons, my early Saturday mornings built around them, the loss of June Foray is a major blow to my childhood. Even back in the day, in the late 1960s and early 1970s, everyone knew that Mel Blanc was the wonder voice behind all those cartoon characters, but then, even I was canny enough to realize that there were some female voices (Granny, Witch Hazel, and others) that couldn't possibly be Blanc. Asking adults, I learned that this was June Foray. The late Chuck Jones has been quoted as saying that June wasn't the female Mel Blanc, but Mel was the male June Foray. She was that good. 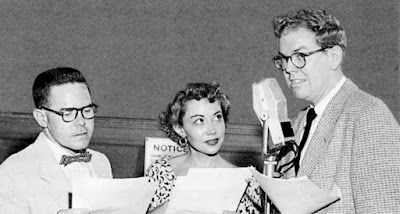 More than the Looney Tunes, the cartoon that really brings June Foray to mind for me is the "Rocky and Bullwinkle Show." In this series, Foray was the voice of not only Rocky the Flying Squirrel, but also Natasha, Dudley Do-Right's romantic interest Nell, and a number of voices in Fractured Fairy Tales. I remember vividly Sunday mornings with my big brother, pancakes, and Bullwinkle and Rocky, and June Foray.

Over the years Foray did voices in a variety of projects, including "Rikki-Tikki-Tavi," "How the Grinch Stole Christmas," and "Horton Hears a Who," to name just a few. She worked in radio, television, film, even videogames, and did voice work for nearly all the animation companies and franchises. We have lost a legend, June Foray will be missed.