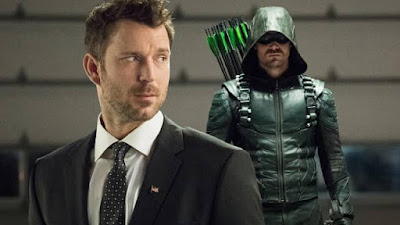 When we left "Arrow" last week, Wild Dog had been captured by Charon, Tobias Church, and torture had begun, and continues as we open this week. Even though Team Arrow is on the hunt, and eventually find Wild Dog, it's too late. He broke, and told Church that the Green Arrow is actually Oliver Queen. 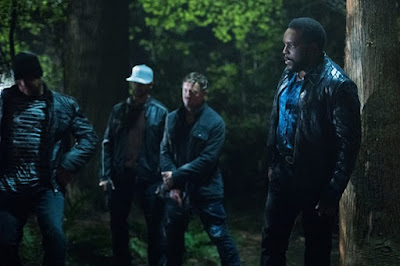 This is a curious turn. First, it happens offscreen and second, it seems too easy. As Rene is digging his own grave at gunpoint, he does get some vital information out of Church - why he's in Star City. Being a port city with water access Church can get drugs into and out of the country easily, perfect base of operations. As we go to commercial break, I couldn't help but wonder if this was all part of Oliver's plan. It would not be the first time we viewers were the last to know something like this.

We also know that Church is working for Prometheus, supposedly this season's big bad. I don't know who this television version of Prometheus is but I have to say I'm distressed that it's another archer. Really, another archer? It's like speedsters on "The Flash," what is it about Green Arrow that attracts so many archers? 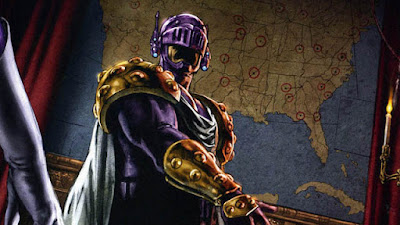 In the comics, Prometheus was created by writer Grant Morrison as an anti-Batman (and there's the other recurring "Arrow" theme - everything Batman). He fought the Justice League using a database of fighting techniques, strategies, and information on his potential enemies that could be downloaded directly into his brain. Above and beyond defeating both the Justice League and the Teen Titans, he blew up much of Star City. In the end, Green Arrow ended him with an arrow through the head, long story short.

There were two other villains who called themselves Prometheus in the DC Universe. One was a henchman of Doctor Alchemy who gained super powers from an industrial accident at Kord Industries, went on to fight the Teen Titans, and died in one of Roulette's fight clubs. Notably, Roulette, who recently clashed with Supergirl on the CW, also in the comics believes her grandfather to be the Terry Sloane Mr. Terrific. The other Prometheus was an imposter disguised as the first one I talked about above, an inferior pretender.

Of course speculation on who this television version of Prometheus is a game for another day. This episode is about something else - someone else. And for comics readers, the title of the episode alone spoils any surprises that may occur within the show. For the uninitiated, the Human Target is a comics character with a very specific skill set and modus operandi. 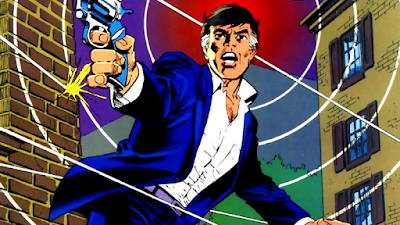 Christopher Chance is a master of disguise who used to appear in the back-up slot of 1970s Action Comics. Created by writer Len Wein, Chance would assume the identity of a person marked for murder until the killer was captured. Oftentimes Chance would appear to be murdered, making it easier to find the killer, thus the name, the Human Target. Earlier in the episode, he is namelessly referenced as John's old friend.

Here on "Arrow," Chance is played by Wil Traval, no stranger to comics television as he played Will Simpson on "Marvel's Jessica Jones" on Netflix, a character who in the comics becomes the powered psychopath Nuke. The Human Target has had two other TV incarnations, the first was a limited run in 1992 with Rick Springfield, and two seasons played by Mark Valley in 2009. So, as I was saying, when Oliver is shot dead, no comics fans were surprised. 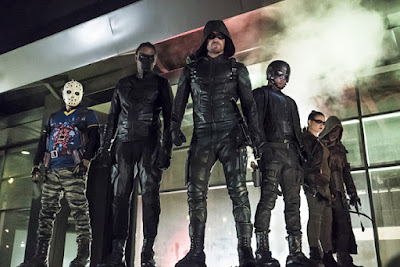 The ending of the episode seems incredibly rushed. The threat of Tobias Church is ended prematurely, a dangerous complex criminal exited in favor of yet another nearly invincible mystery archer. Boo, hiss. Chad L. Coleman is wasted if this is his run on "Arrow," and furthermore Wild Dog not getting a proper shot at payback is just as bad. Before dying at his hands, Church gives up the secret of Green Arrow's identity to Prometheus, eliminating the problem of Church telling everyone in prison.

It's all too easy, too convenient, and rushed as if the showrunners wanted the Charon storyline over as soon as possible. If so, then they know how we all felt about Damien Darhk all last season. And then they throw a real monkey wrench on the trashfire. Chance saved Oliver's life in the Bratva flashbacks, unknown to Oliver, but now known to the pesky reporter Thea has been clashing with. One manufactured plot point, made to order, why was Oliver in Russia when he was supposed to be on a deserted island? 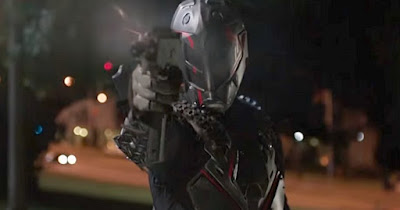 There were a few good points this episode, among them the return of Spartan, and John and Rene bonding. Oliver did actually have a few moments of sanity and normality, but unfortunately it turns out that was really Christopher Chance. Although, the writers must have been confused because Oliver continues to act human with Felicity, saying they should both move on romantically.

One hope for this wholesale shoveling away of prior storylines should be that perhaps we'll have a clean slate to start from. Also I hope having Spartan back won't overshadow the new Team Arrow recruits who I'm really starting to like, more than Oliver, but then again, that's not all that difficult. And I wish we'd seen more of Scimitar, named only in the credits, Church's masked freak bodyguard. That was a quick cameo.

Next: So It Begins!