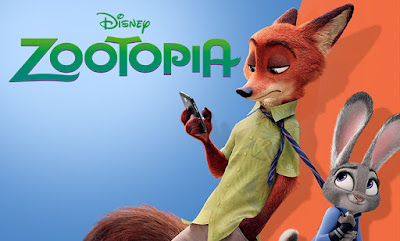 Zootopia ~ As with a few other recent Disney features, Brave immediately comes to mind, this flick is not at all like what it first appears to be. Initial trailers depicted a world of funny anthropomorphic animals, highlighted by the sloooow sloth at the DMV, but once in the theater watching the film one learns the movie has other agendas. Not as much a comedy as it is a buddy cop film, but one that holds a dark secret - that it never forgets what it is really about. 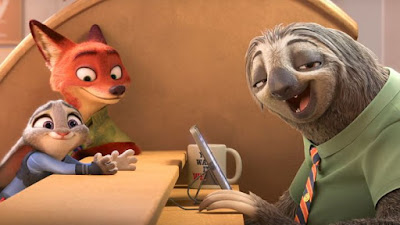 Zootopia, the city from which the film takes its title is a special place, as is its world. An evolution has happened that turned savage beasts into tamed civilized creatures that can live peacefully together, predators and prey, side by side. Zootopia never forgets its world, and even as Nick Wilde the fox and Judy Hopps the bunny struggle to work together, the predator/prey vibe is always in the subtext. When this case they're working on moves into the territory of predators going savage, it's gets a bit close to home. 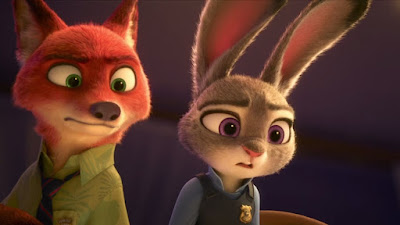 This movie is about a lot of things - sexism, racism, prejudice, stereotypes, and power, and sloths too. It's a lot of fun, but it's also very serious, and it's must-see. Not what you expect, and highly recommended.

You can also listen to me, and The Bride, chat about the film here on The Make Mine Magic Podcast, and don't forget to check out our Biff Bam Pop! Podcast Network partners, Gobbledygeek, with their take on Zootopia right here.