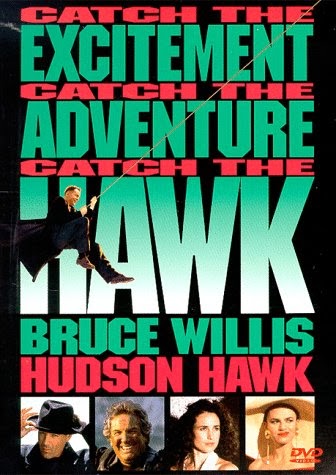 Hudson Hawk ~ I have never seen this flick until quite recently. I have never really believed its reputation for being a terrible movie. As someone who loved John Carter, David Hasselhoff's Nick Fury, most recently After Earth, and I even liked Temple of Doom, I thought, hey, how bad could it be?

Reading up a few months back on subgenres of science fiction, I came across the term 'clockpunk' and specifically Hudson Hawk as an example. Clockpunk is posited as steampunk but with its origins more in the Renaissance rather than the Victorian era, along the lines of "Da Vinci's Demons," which I love. So I decided it was time to see the flick. Sadly, this aspect is barely background in the movie.

Bruce Willis plays a just released from prison cat burglar supreme known as the Hudson Hawk who is swept back into business by baddies seeking components of Da Vinci's accidental alchemy device. In this crazy cartoon reality, Willis is David Addison on speed, and unless you're in on the joke from the start, it's hard to catch up. I really want to see if "Moonlighting" holds up after all these years now. 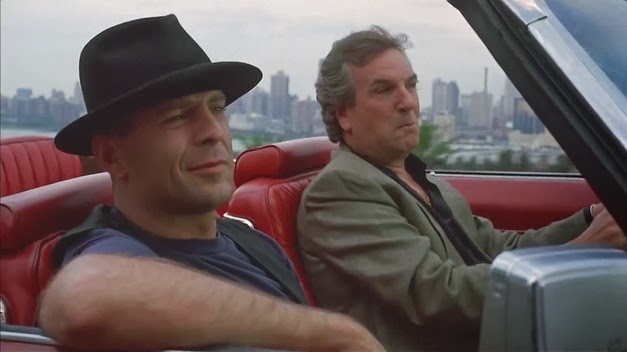 Camp, slapstick, and downright ridiculous, the movie is riddled with bad performances and a plot that barely holds up. James Coburn and his candy bar henchmen are fun though, and I loved heisting to "Swingin' on a Star," but there's little else to recommend here. I think it may really just be as bad as its reputation.