"Bop 'Til You Drop" by Rick Springfield

There was a time when Rick Springfield was cool, we may all want desperately to want to forget it, but it's true. Memory is a tricky thing. We may want to remember Rick Springfield as bubble gum pop, but there was a time he was considered not only rock, but even a little tiny bit new wave. I heard "Jessie's Girl" for the first time on WMMR, and follow-ups "Affair of the Heart," and the two videos featured here, all on WYSP during their new music hour. 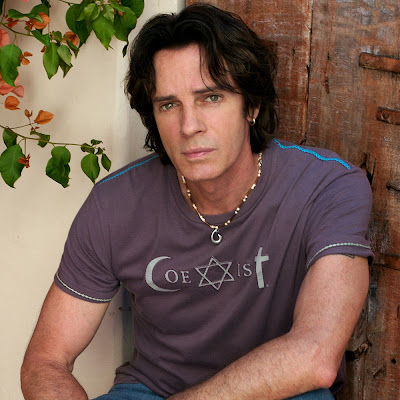 Rick Springfield was impossibly huge in the early 1980s, between his music career, appearances on "General Hospital," and even a feature film Hard to Hold, before vanishing into semi-obscurity.

The truth is that he had been around a long time before his 'overnight success,' was a minor pop idol and even had his own Saturday morning cartoon in the 1970s. And after, he was the original "Forever Knight," the original "Human Target," and released what I think his best album, Tao.

I fully agree with my online friend DJ Marilyn Thomas, "Bop 'Til You Drop" is a New Wave song, no matter what you say, you selective memory music heathens.

And then there's this one...

Rocker trying desperately to be new wave in a music video, trying to capitalize on the odd music video fashions of the time, pretending it's the future, and looking uncomfortable the whole time - check. For a long time, this was what music videos looked like. At least it's not...

"You Got Lucky" by Tom Petty and the Heartbreakers