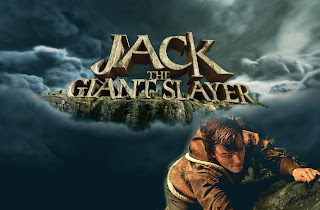 Jack the Giant Slayer ~ Fairy tales are hot in Hollywood right now. Whether it's the two Snow White flicks last year, Hansel and Gretel with guns a few weeks back, or the hit TV series "Grimm" and "Once Upon a Time," or even the Fables comic books - fairy tales are big business. Now it's Jack's turn. 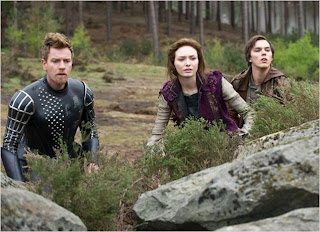 This weekend, The Bride and I saw Jack the Giant Slayer at the fabulously remodeled AMC Marlton 8 Theatre, and it wasn't just the great reclining lounger seats that made for a great movie experience - the flick was pretty good too. The big budget CGI send up of the 'Jack and the Beanstalk' story had adventure, horror, romance, and even comedy. I might go so far as to say it reminded me a bit of The Princess Bride. Now let me be clear, it's no Princess Bride, but it had all the hallmarks. 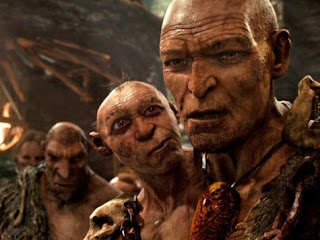 Bryan Singer's take on 'Jack and the Beanstalk' is filled with CGI giants all in need of serious dental care and repair, and a fabulous cast of character actors. Ian McShane from "Deadwood" is excellent as the King, and Ewan McGregor as the protagonist who's not the hero of this story is terrific. However, the leads are only adequate and the actors behind the CGI giants are pretty much unrecognizable. This doesn't stop the flick from being enjoyable, despite the story's simplicity and predictability. There are surprises, and that helps.

This is a great popcorn flick, moves quickly, never bores, and was the perfect film to test out a terrific new theater. Thumbs up all around.