What Happened to Harry's Law? 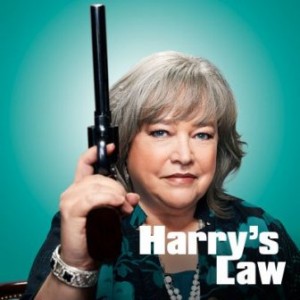 I am not a fan of either David E. Kelley or TV law shows. The first part is a matter of liking good writing and not liking where the author puts his opinions inappropriately into the mouths of his characters. Kelley also gets very preachy and overly topical in forums where it's supposed to be entertainment, not op-ed. The second part is first because it usually bores me, and also, The Bride, being an attorney herself, has a very low tolerance for such crap in her off-work life.

When The Bride showed interest in "Harry's Law," which also starred Stephen King favorite Kathy Bates at her acerbic best, I went easily along for the ride, despite it being a David E. Kelley law drama. Disenfranchised and disillusioned lawyer Harriet "Harry" Korn finds new life as a neighborhood attorney based out of a shoe store in a bad section of Cincinnati. She was surrounded by a cast of well-meaning folks who equally believe in helping their neighborhood. It was a different kind of law show, more about community than court, and it was also critically acclaimed, and one of the few new series to survive what has lately been a rather nasty television season of canceled programs. 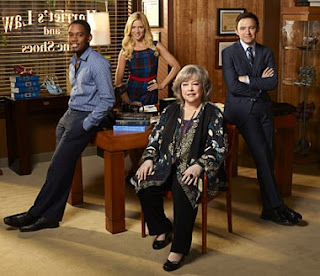 Basically all of the charm, wit and humanity that brought both The Bride and myself in to this series is gone. "Harry's Law" is just another law show now. Is David E. Kelly just recycling old "The Practice" scripts now? Is he getting even with NBC for not picking up his "Wonder Woman"? What the hell?