Doctor Who: Flesh and Stone 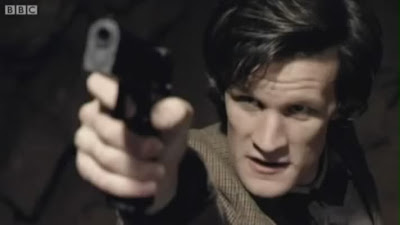 When last we left the Doctor, Amy, River and a handful of assorted Space Marines, sorry, I mean future age priests with guns and body armor, they were in a maze of the dead, surrounded by an army of Weeping Angels, and it looked like the Doctor was about to bring a crashed starliner down onto their heads with a gun. And then the words ‘to be continued’ bitchslapped us back to reality. Two things writer Steven Moffet does well are scary and cliffhanger - the first part of this two-parter were chockful of both.

The resolution is sooo Doctor Who and very logical to the world he operates in, so I won’t give the cliffhanger away, but let’s just say we get to follow these folks for another forty-five minutes, and it’s a key element of the story. And in that forty-five minutes we see one of the other things Moffet does well – things get very complicated. Not only is Amy infected by the Angels, but we see the return of the crack in time and space from her home in the first episode this season. Seems it all ties together... 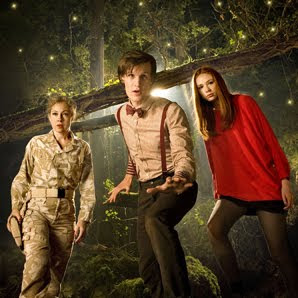 The mystery of who River Song really is deepens as one of her priests threatens to tell the Doctor who she really is. Her hesitation at this, and also at saying that she trusts the Doctor is quite telling. Curiouser and curiouser. There is so much more to her than even before. Is she not just the Doctor’s wife, but also his murderer? Should I start taking bets that she’s the Rani now?