The Show that Wouldn't Die 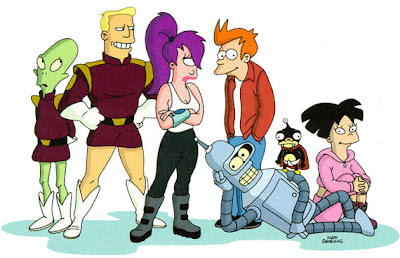 Since its debut on Fox in March of 1999, "Futurama" has had a rocky existence on television. The animated series, revolving around an inept pizza delivery guy frozen and released on the unsuspecting 31st century, has been canceled and un-canceled more times that I want to count. The warmness toward the program is probably due to its creators, David X. Cohen and Matt Groening, the latter being the creator of "The Simpsons." Fox wouldn't do anything to tick off the creator of their continuous cash cow, not if they were smart, but eventually dwindling ratings held sway. 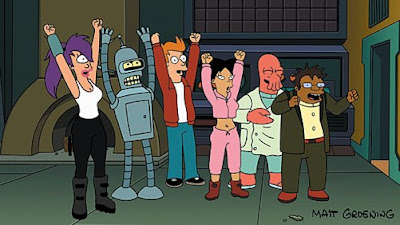 After being syndicated on both Cartoon Network and significantly Comedy Central after (and during) its cancellation(s), "Futurama" proved successful enough to have four direct-to-DVD movies made, essentially a 'fifth season.' Ironically enough, these movies separated by months in between was really no more erratic that the schedule Fox was airing the series anyway when it was officially a Fox program. These DVDs were equally successful to merit the return of "Futurama" as a regular series on Comedy Central with twenty-six new episodes for mid-2010. I wonder how hard Fox is kicking themselves now?