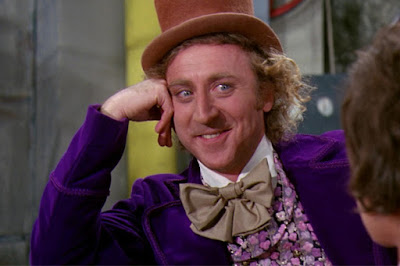 I have a couple friends who say they learn of celebrity deaths from my blog, that I write about these things first. I don't want to, you know, and I especially don't like doing it when it's about someone I really liked and admired. Today we lost award-winning actor, writer, director, and author Gene Wilder, star of screen and stage. Yeah, one of the big ones.

I knew Gene Wilder at a very young age, from commercials for Willy Wonka and the Chocolate Factory to multiple viewings of Bonnie and Clyde when it came to television, a family favorite which later became one of my favorites. As a kid and later as an adult, two different levels of humor, I loved him in Young Frankenstein and Blazing Saddles. As I grew older, I dug him in The Producers and when he got together with Gilda Radner, I even liked the charming but corny stuff they did together.

Wilder was a genius, a master of expressiveness and pantomime, a fantastic actor and a legend in his own time. He has been away for some time, but never forgotten. Gene Wilder will be missed.