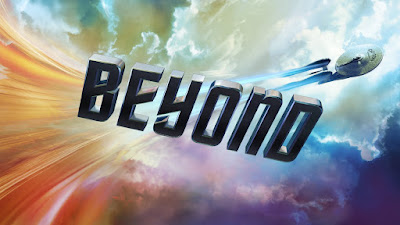 Star Trek Beyond ~ The trailer for Star Trek Beyond is one of the things that kept me going when I spent this last December in the hospital. Beyond of course The Bride, my friends, my family, and a short video of my kitty Snowy, there was the first trailer that broke.

My friend Andy Burns posted it at Biff Bam Pop! on a day when I was feeling a bit better and I showed that YouTube clip set to the Beastie Boys' "Sabotage" on my iPhone to everyone who came into my room that day. I was psyched. One reason I was going to get out of that hellhole was certainly to see Star Trek Beyond in July. 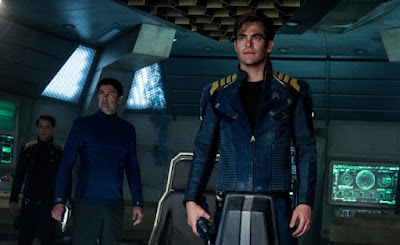 It's July, and I'm out. I saw it, and I loved it. Star Trek Beyond is one of the three best movies out this year so far. And the other two - Captain America: Civil War and The Legend of Tarzan respectively - actually have a lot in common with Star Trek Beyond.

Like Civil War, this carefully structured script by Simon Pegg and Doug Jung, gives all of the many characters in this venerable cast equal time. Everyone has something to do and no one gets the short end of the stick. No matter who your favorite is, he or she gets a spotlight. Speaking of the script, Pegg and Jung are masterful in creating adversaries and situations that are absolutely geared to defeat the crew of the Enterprise, but never once does it degenerate into a when-is-it-time-for-the-good-guys-to-win scenario. There is no desperation, we are always rooting for our heroes. 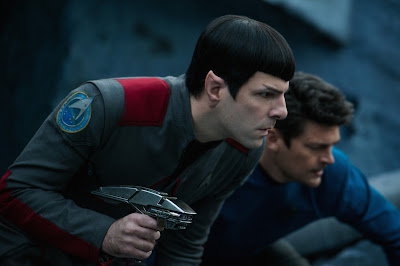 And while we're on the topic of heroes, the similarities to Tarzan become apparent when as a viewer I realized that this was not the new crew, or new actors, but the real thing. This was Star Trek, and it was bringing it for a new generation without losing that which made it cool to begin with. I not only loved the traditional characters, but the new ones as well, and look forward to a fourth installment - something I could not have said after Into Darkness sadly.

This new Trek was fun, exciting, and triumphant. Highly recommended, and worth living for. 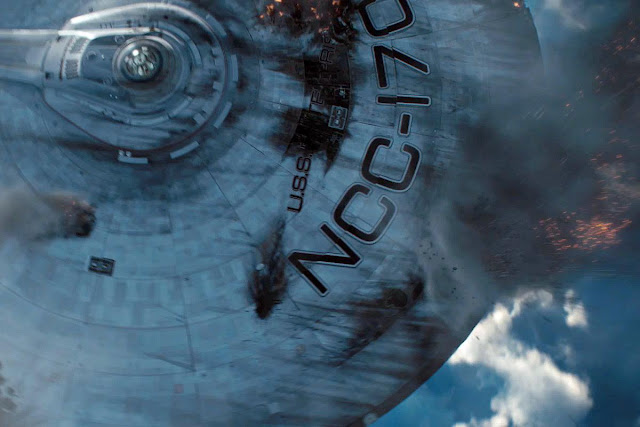