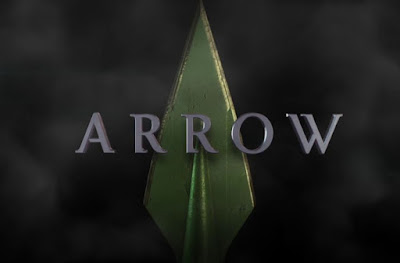 The city of Monument Point has been mentioned once or twice in the "Arrow" series, and here, it's the title of this episode. In the comics however it's not just another DC Comics fictional city. I've mentioned that it was once a home base for the Justice Society of America, but there's a reason it is and why it was so important to them.

Monument Point was a city, near Washington DC, that had been repeatedly devastated by super-villains. After one such battle involving the JSA, the team sought to help the city rebuild and set up base there. The city council even made the Golden Age Flash their mayor. Monument Point became a symbol of heroes not just punching baddies, but also helping people. 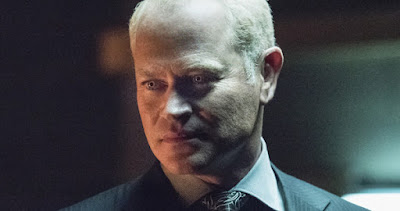 Damien Darhk's plan is to burn the world with something called Rubicon that will launch and detonate all of Earth's nuclear warheads. DC Comics' fictional places (as well as in the Arrowverse) Corto Maltese and Markovia get shout outs as nations with nuclear armaments. As we open the episode, we watch as a Russian missile silo arms without permission. Felicity estimates there's only twenty or so hours before Darhk's Genesis takes effect. 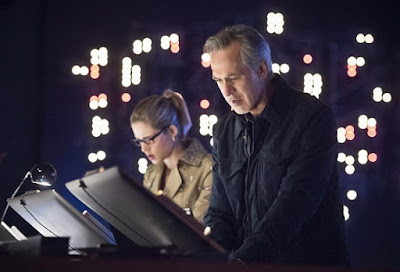 Felicity suggests that Team Arrow needs the help of her father, the Calculator. So the hunt is on to find him, but Darhk is after him too, and he's got many of Iron Heights' former inmates helping him. Arrow and company have to go through Brick and Murmur to get to him. It's the end of the world, and the end of the season, so yeah, everyone is coming out of the woodwork, including Anarky who's against everyone else. 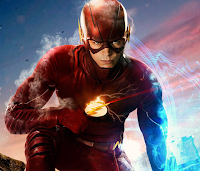 And yet, the end of the world doesn't stop soap opera from ruling the subplots, nor does it push Oliver to ask for help from Vixen or Curtis or Constantine or Wildcat or Fortuna or the Flash, even when they're name dropped. Darhk is pulling in all the villains, can't Oliver take a hint? Seriously, you can bring in A.R.G.U.S., but you can't call the Flash?

As you might have figured, between Felicity and the Calculator they manage to keep all the nukes from launching, except one, the one targeting Monument Point. Felicity is able to move the target to a smaller town. A lesser loss of life, but it's still devastating to her... In the meantime, death comes on a smaller scale to Thea, with Alex Davis dead at the hands of Anarky. I guess he wasn't Dr. Davis…

Next: The Season Finale...