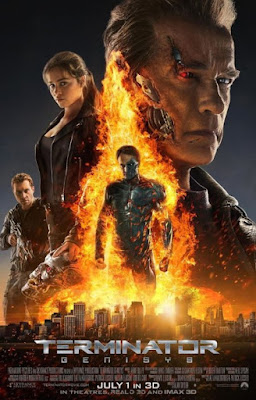 Terminator Genisys ~ There's a joke we have frequently when I run superhero role-playing games, because it's a storytelling device I use so often, and that's "Time travel makes my head hurt." The line is even spoken in this film. That's pretty much the phrase that best describes Terminator Genisys, because its continuity exists in a reality where things have been so messed up by repeated time travel that no one can keep the 'real' reality straight any longer.

We've got at least four movies and a short-lived TV series full of continuity that has been changed and reset more times than a videogame. Play. Reset. Play. Over and over again so that much of what you know is different every time you hit the reset button. Add to that the concept of alternate timelines, alternate pasts, and alternate futures, it just gets worse. For all those "Doctor Who" fans out there quoting David Tennant's 'timey-wimey' monologue, you get the picture. 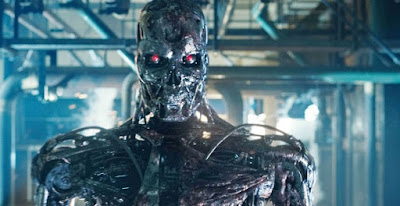 Kyle Reese and Sarah Connor are still trying to destroy Skynet to prevent the machines from killing the human race, and a variety of Terminators are out to get them. That's all still true, it's the rules and variables that are different, and of course it's been updated. There are surprises, young Arnold, old Arnold, Lee Byung-hun as a T-1000, and... well, that would be telling. But then again, that's one of the big problems with this flick, all the big surprises were given away in the trailers. 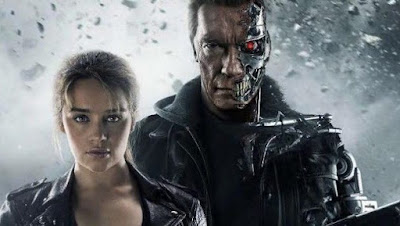 Like earlier Terminator films, it's action propelled, thrills as heroes race against time, and stunts and special effects galore. Arnold Schwarzenegger is perfect, former Doctor Who Matt Smith (billed as Matthew Smith) rocked, and JK Simmons is fun in his much-too-small role. All are good except for the real lynchpin of the flick - Emilia Clarke, the Kalissi from "Game of Thrones," as Sarah Connor, is worse than bad, she's completely unbelievable. HBO has her right, the less dialogue, the better the performance. 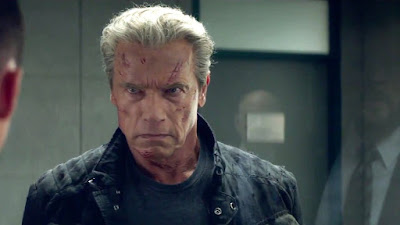 I really could have done without the 'lesson' that technology is bad for us, and that being plugged in and online is a bad thing. Perhaps that is another reason this flick did not do as well as it could have - the anti-internet message of the Genisys application. Bad idea, folks, don't alienate the young demographic, don't bite the hand that feeds...

Here's the bottom line. I saw this flick for free on the TV loop in my stateroom of a recent cruise. It was enjoyable for free to watch as I pleased or not. If I'd had to pay for it, I think I might have been mad. See at your own risk.