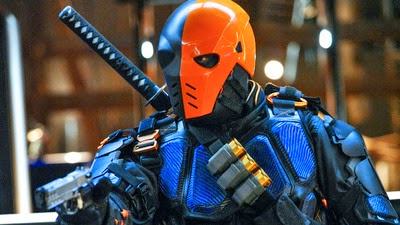 We have a very interesting switch in the storytelling dynamic in this episode. As Oliver and Thea go to Lian Yu, which I've called Flashback Island for the last three years of reviews, Oliver and Maseo from Flashback Hong Kong, along with Amanda Waller, pay a secret visit to Starling City during the time it is believed Oliver is dead. Like I said, interesting. 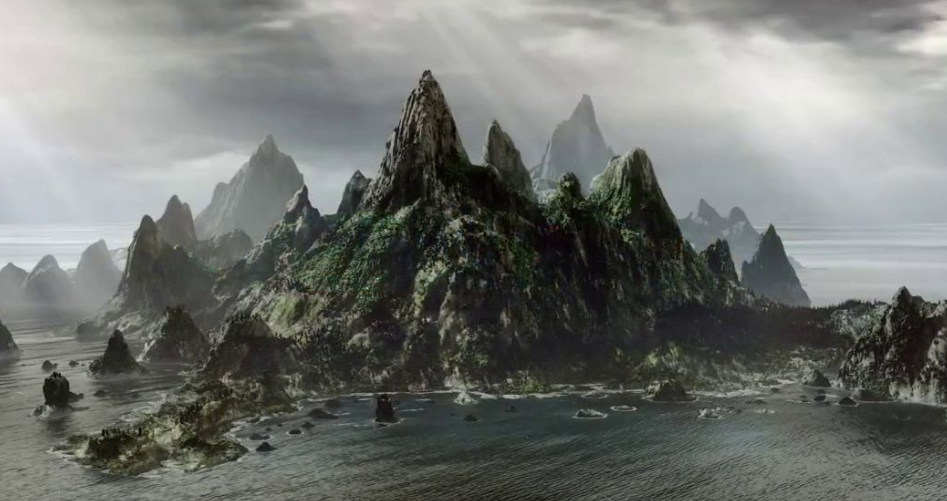 Oliver had asked Malcolm to train him so he could beat R'as al Ghul, and apparently the island is his idea of training. As if we didn't already know Malcolm was a bit twisted, right? I loved the camera pan approach to Flashback Island, with the shipwrecked Amazo near the shore, nice touch. How crazy is Merlyn? Very. He released Deathstroke on the island so that Oliver can get his killing edge back. But wait, wasn't Captain Boomerang also imprisoned on the island? Where was he? It was a bit of a cop out to say he was elsewhere in the prison.

In the past, Oliver and Maseo are still tracking China White and her bio-weapon. Being in Starling past gives us a chance to not only see cast members in a variety of bad "Undercover Boss" hairstyles but also see dead folks like Colin Donnell returning as Tommy Merlin. We also see the past addictions of Thea, Quentin, and Laurel in more revealing light. 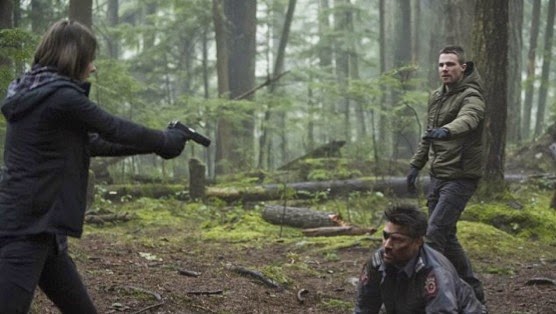 What's fun about the past is watching Oliver sneak around in disguise dodging anyone who might recognize him. It reminded me of Marty dodging his past self, mom and dad, and Biff, when he returned to the 1950s in Back to the Future Part II. Quentin's possibly drunken outburst at Tommy's party echoed what I was thinking earlier in the episode - Oliver had destroyed everyone's life.

I loved when Oliver, trying to say he was good at hiding from his family and friends, said he pulled his hoodie down to cover his face - and Maseo countered with "that disguise wouldn't work even if you smeared grease paint over your face." Beautiful. It is also a testament to Stephen Amell's acting skills that he can pull off both naive and spoiled, and then brave and resourceful - in the same character years apart and make it believable. He's damn good. 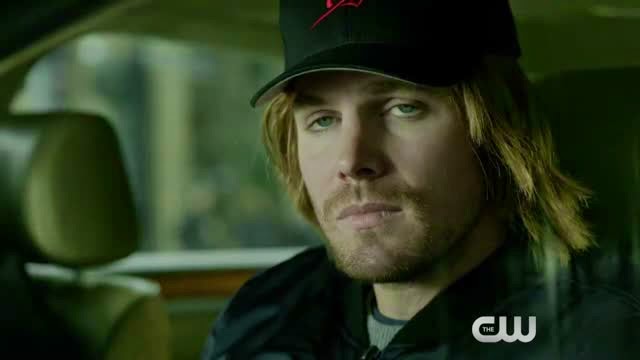 Past, present, Deathstroke, Merlyn, Waller... but none of it matters more than the real boogeyman in this episode. The truth. Oliver tells Thea the truth, the real truth, that she killed Sara. It nearly pushes her over the edge. That said, watching Oliver and Thea, Green Arrow and Speedy, fight Slade, Deathstroke, could only have been better with costumes.

And then there's Deathstroke's line to Oliver about Thea, how she's been touched by darkness and that Merlyn must be an interesting man to do that to his own daughter. Although we've seen a character in the show called Ravager, in the comics Slade did do something very similar to his own daughter who then called herself Ravager. And let's not even discuss her brother, his son, who was the original Ravager. 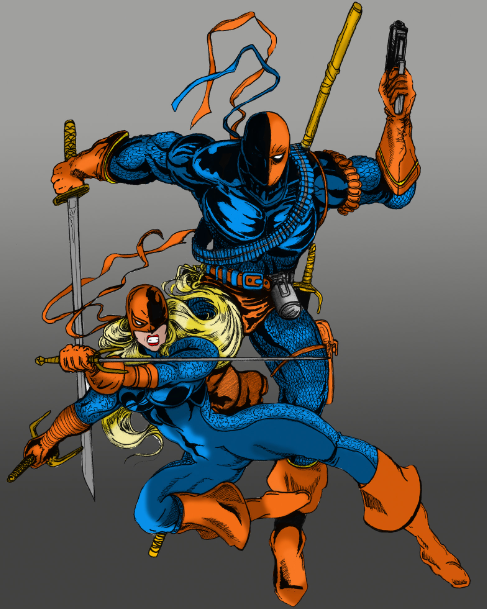 There are other connections and separations made in this episode. Thea will cooperate but no longer have family ties with Malcolm. Quentin and Laurel are at odds, but for the first time the name 'Black Canary' is uttered. Again I worry for Quentin as this would be tragic if he was to die now, and because he's the TV version of Larry Lance, we know he's doomed sooner or later.

Colin Donnell isn't the only actor to return from the dead this time out. There's also Jamey Sheridan as Robert Queen as seen in a recording for Oliver, solving another minor mystery of the series. This is neat tie-up of a small but missing piece of Arrow's origins.

The final closer however is the appearance of General Matthew Shrieve as played by a rather worn and aged looking Marc Singer. This is a surprising addition to a TV series based on Green Arrow. In the comics, Shrieve is the human leader of Project M, better known as the Creature Commandos, sort of a war/horror hybrid comic. They are a squad of soldiers made up of classic monsters - a werewolf, a vampire, a gorgon, and Frankenstein monster-like creature. Who knows where this plot point will go...

And if you'd like to discuss this episode and anything else in the Arrowverse, please join the Arrow discussion group on Facebook.