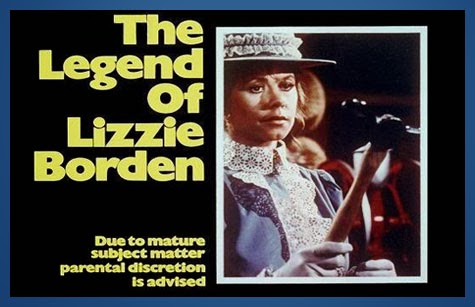 A fairly vivid memory of my childhood is the fight for Lizzie Borden. Not so much about whether I could stay up to watch the infamous TV movie, it was more about would I even be allowed to watch it. The Legend of Lizzie Borden, starring Elizabeth Montgomery of "Bewitched" in the title role, was one of 'those' shows. It had a warning label that it was for mature audiences only. 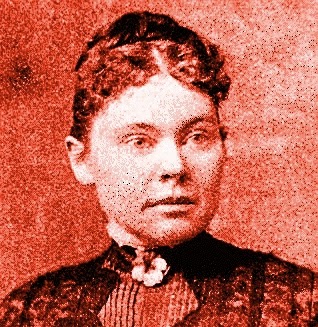 Other than fighting with my parents, the warning label, and that all the kids at school were talking about it the next day, I remember very little about it. I know it was theatrically released in Europe with scenes of Elizabeth Montgomery committing the murders in the nude. And of course there was the jump rope rhyme - "Lizzie Borden took an ax, and gave her mother forty whacks. When she saw what she had done, she gave her father forty-one."

We had all heard it was a true story, or rather that the movie was based on a true story, one of a horrible murderess who took out both her parents with an ax. I learned later the facts of the case, and that Lizzie Borden was actually acquitted of the crimes and went on to live in the same town of Fall River for another four decades, albeit in infamy, but a free citizen. 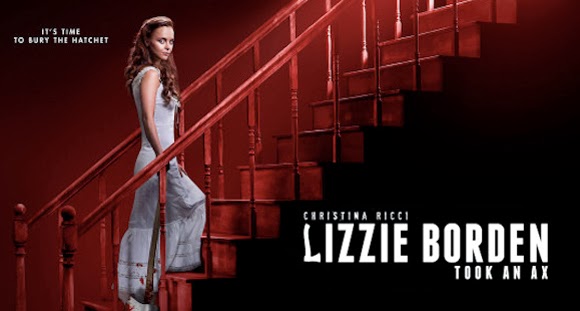 Now, for the second week in a row (first with the Flowers in the Attic remake) the Lifetime Network makes a splash with a movie event, the both humorously and horrifically titled Lizzie Borden Took an Ax. In the title role this time is Christina Ricci, and as much as I love her, she's no Elisabeth Montgomery, despite the resemblance. 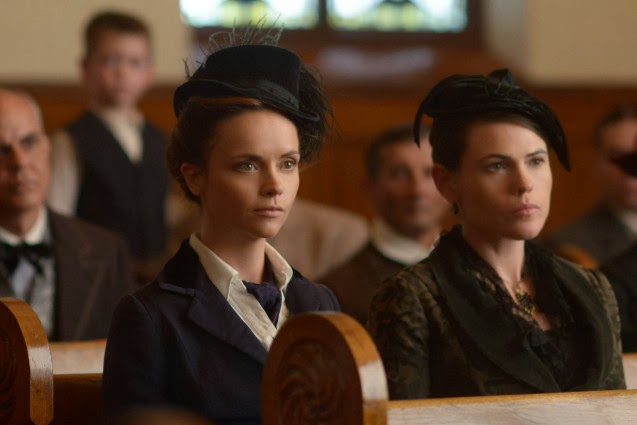 As with the aforementioned Flowers, Lifetime uses music as a lure by playing the hypnotic "Psychotic Girl" by The Black Keys over the opening credits. The alternative soundtrack continues throughout as if music supervisor Tree Adams didn't know if he was scoring a Lizzie Borden movie or Marie Antoinette 2. I'm not complaining, I was digging the tunage, I just question the appropriateness of it. 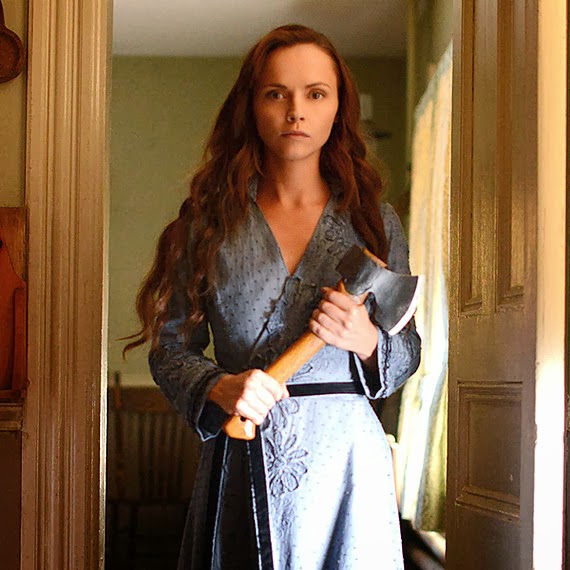 Christina Ricci imbues her Lizzie with a believable cold detachment. Clea DuVall, perhaps best known from HBO's "Carnivale" and more recently "American Horror Story," gives one of her best performances as Lizzie's sister Emma. They are the showpieces of this gothic crime drama with all the proper trappings of a crime of the century.

This is a good version of the legend, and while not necessarily sticking to the facts, it's a good story. I loved the music, I loved the muted colors, but I wish we could have had Elizabeth Montgomery instead of Christina Ricci. Worth watching.