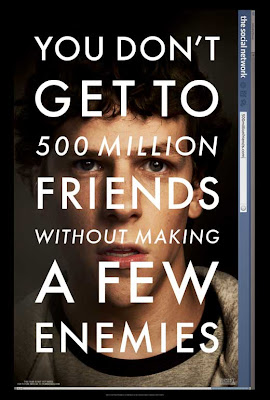 The Social Network ~ You know how the opening sequence to Raiders of the Lost Ark gives you everything you need to know about the protagonist Indiana Jones? This film does the same thing with Mark Zuckerberg, founder of Facebook - he's socially inept, thoughtless, self-important, and basically an asshole. It's all you need to know about him, game over, story done. The rest of the film is about Facebook, and how it affects everyone else, and just everyone else, because after the opening sequence, I really didn't care how it affected Zuckerberg - kudos to actor Jesse Eisenberg, writer Aaron Sorkin and director David Fincher. As a matter of fact, given the Academy's penchant for the handicapped - and trust me, Zuckerberg is handicapped - Eisenberg has a good chance of taking that Best Actor Oscar. As much as I usually dislike Aaron Sorkin's work, he was adapting from Ben Mezrich's terrific book "The Accidental Billionaires: The Founding of Facebook, A Tale of Sex, Money, Genius, and Betrayal," so that counts for something. Two other elements make this film a no-brainer for me to like - it was directed by one of my favorite directors, David Fincher, and it has a score co-composed by Trent Reznor of Nine Inch Nails. Trent is one of my music gods. The direction, like the score, is very different and new territory for the creators, and yet, amazing work, the music being a highlight. Both are also nominated for Oscars. And Justin Timberlake is damn good too. 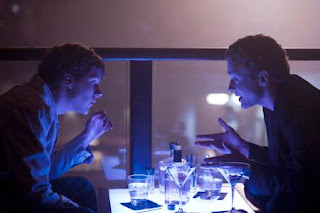 At this point, I have only seen half of the ten films nominated this year for Best Picture, but of those, The Social Network is the best, I think it has a very good chance of winning. I would give good odds to Fincher and Reznor as well. The Social Network might just sweep this year. Recommended.