The Spirit on TV 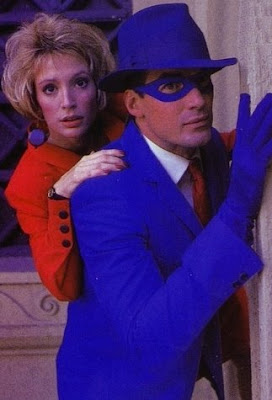 The Spirit ~ No, this is not the 2009 film where Frank Miller killed Will Eisner a second time, this is the 1987 ABC telemovie and pilot featuring Sam J. Jones (Flash Gordon) in the title role. Word is that Eisner himself nixed the series because he hated this version so much, and only allowed it to be aired once due to contract restrictions.

It is however available on YouTube, which is where I recently saw it. I’m ashamed to admit it, but when this originally aired, I didn’t know who the Spirit was. I know, for shame.

The TV movie isn’t really that bad when viewed in comparison to Miller’s travesty. It is camp in a way that fans of the 1966 “Batman” series could appreciate, only less humor and more bad sets and acting. It is still an enjoyable watch, and eons better than what Miller did. At least Jones dresses like the Spirit. Shame there wasn’t a series, had I been aware, I would have watched.