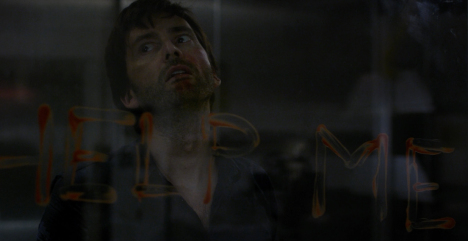 After two well done but not well thought out episodes that were on the whole unsatisfying, I was starting to have doubts about the "Jessica Jones" series. I had already stopped watching once, involuntarily due to illness, but one shouldn't want to stop watching on purpose, especially with television meant to be binged. That said, there was a bit of a break for me between episodes eight and nine. Let's see how the resumption went... 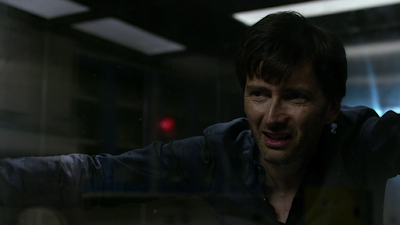 Since last time when Jessica incapacitated and captured the Purple Man, she's placed him in the room set up for him way back in "AKA The Sandwich Saved Me," filled with a few inches of water and an open electrical wire so he can be shocked if he's naughty. He's also being recorded so Jess can be extract a confession from him. 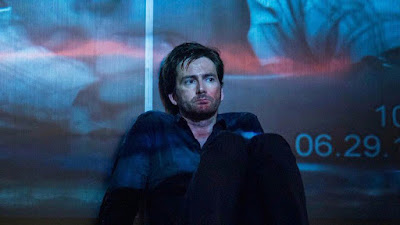 I'm not sure how permissible such an admission would be, if given under conditions of torture. But as we've seen last episode from Kilgrave's home movies when he was a kid, he's no stranger to torture. We find his real name is Kevin Thompson and his parents were doctors or scientists, either way, they were fond of experimenting on their kid. And then his powers kicked in, and things changed.

This is where "Jessica Jones" and the previous Marvel Netflix series "Daredevil" are similar. We have a monstrous villain, who when we learn their origins, we are made to feel sorry for them. And I feel sick about it. They made me feel sorry for one of the most despicable and immoral monsters in the Marvel Universe. 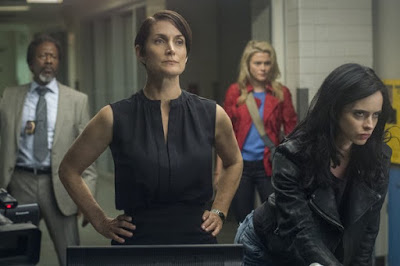 While Kilgrave sits in the trap, tortured by these home movies of his parents' experimentation on him and other children, life goes on outside. Jeri is still being screwed by her wife, Hope is being offered a plea bargain, and Trish has her hands full taking Will to the hospital. He got blown up by Kilgrave, along with his boys and Jessica's old neighbor. He's in pretty bad shape but insists he can only see a doctor named Kozlov. This doctor makes us wonder if Will is pre-Nuke or post-Nuke as weird red, white, and blue pills are prescribed and seem to make him a new man. Curiouser and curiouser. 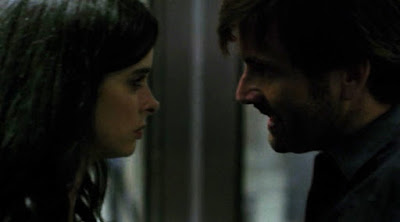 Hours pass and Jessica, Trish, and Jeri take turns with temptation guarding Kilgrave. Jess manages to track down his parents after studying the films and doing a modicum of detective work. Not for the first time nor for the last time in three consecutive episodes I have no idea just what the hell Jessica is thinking. She puts his parents in the cell with him. Kilgrave tries to kill them. Seriously, did no one see that coming??

The whole situation goes to hell very quickly after that. Kilgrave is loose on the streets once more. I'm nine episodes in, but at this point, I'm soured. I will march on however. What began as brilliance has decayed to bullshit. Don't worry though, I'll watch it so you won't have to...