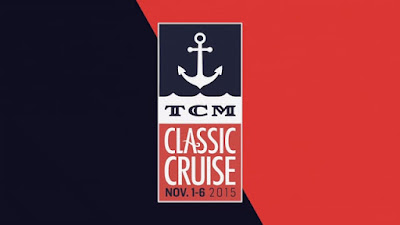 Folks who know me know that The Bride and I love the Disney Cruise Line. We've talked about it countless times on The Make Mine Magic Podcast, and are now platinum cruisers, with all sorts of bonuses and privileges. We love it. So last year when TCM announced they were having their Classic Cruise on the Disney Cruise Line, I jumped at the chance to combine two of my big loves - three if you count The Bride.

Of course we signed up again this year as soon as possible, and even though scheduling difficulties had us on two Disney cruises in the space of two weeks this past month, we decided it was something that just had to be done. ;-) Oh, the agony... just kidding it was pure heaven.

As we learned the hard way last year, you just can't do everything, sacrifices must be made as many events are scheduled opposite each other, and you gotta sleep sometime. Things that were missed this year were an interview with TCM host Robert Osborne, one of Alex Trebek's trivia events, and sadly, seeing Rio Bravo with guest Angie Dickinson. And yes, I can hear Derrick Ferguson screaming at me through the internet about that last one... 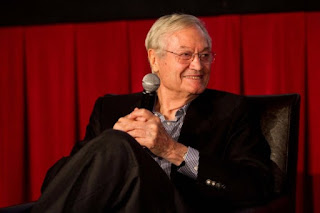 However I did get to see an interview with Roger Corman, as well as see the man introduce both The Raven and X - The Man with the X-Ray Eyes. I also saw The Razor's Edge (1946) with Robert Osborne and Alex Trebek (one of their favorite films), and presentations on Vaudeville and Aloha Wanderwell Baker, and Roger Corman. I also got to see interviews with Lou Gossett Jr., Eva Marie Saint, Ruta Lee, Ben Mankiewicz, Illeana Douglas, and Angie Dickinson. 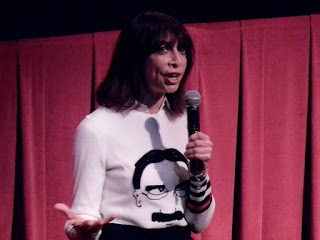 I also got to see some amazing classic films on the big screen for the first time including In a Lonely Place, Night of the Hunter, Cape Fear, Spellbound, and The Mark of Zorro from 1940. There was also the terrific music of the Hot Sardines, the special TCM Anything Goes party night with 1930s cosplay and fireworks, and Illeana Douglas' "The Living Room Show" live on stage. All that, and so many good times with friends old and new. We're all looking forward to next year.

Keep an eye out here at Welcome to Hell and in upcoming episodes of The Make Mine Magic Podcast for more from the cruise.