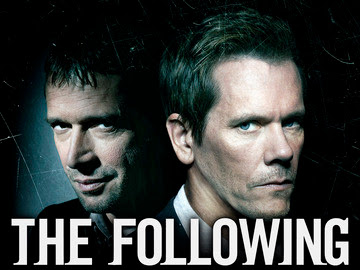 Okay, the hype is over, for the moment at least, and now "The Following" has to sink or swim as a series as opposed to an event. I had expressed in my review of the pilot that I didn't think it had the legs to be a series. I guess this is where we find out. It has the bad potential to become a freak of the week show like early "Smallville" or "X-Files," and I hope that's not where we're headed.

In the pilot, or rather the setup, multi-flawed FBI agent Hardy (Kevin Bacon) is pulled out of retirement to deal with the escaped serial killer Carroll (James Purefoy) that he had put away. He's recaptured, but it turns out he's built a cult of serial killers through social media, and they'll do whatever he wants. This cult has kidnapped Carroll's son to lure Hardy into a game of cat and mouse with the baddies. 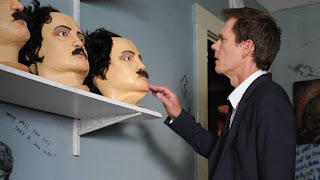 Again written by creator Kevin Williamson, the subtext is very literate, and I am enjoying the writing theme and the Poe obsession. But I'm a writer. I wonder if other folks are digging this particular vibe or not. It works this way - Carroll was a writer, his crimes made Hardy a writer, and now this whole crazy game is built on the idea of a new book - one written by the followers in which Hardy and Carroll are the protagonist and antagonist. 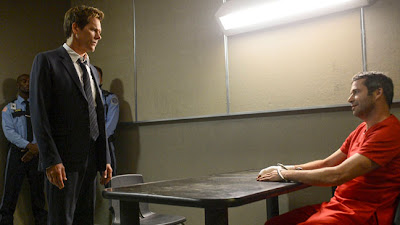 Bacon and Purefoy continue to dominate the small screen whenever they are on it. Waste of an amazing cast, as I said last time. I just wish that the two of them would give us something edgier than the Clarice/Hannibal and/or Batman/Joker dynamic. I want more Shawn Ashmore, Billy Brown, and especially Li Jun Li. 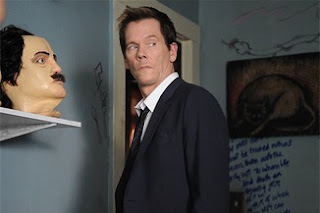 Much of the episode is taken up by the good guys playing catch up to Carroll's cultish followers and their shenanigans. I smell the stink of "Alcatraz," "Revolution," and "Flash Forward" on this one, as if we're being played with like a fish on a hook. All we want is the confrontation(s) between Bacon and Purefoy, and the boy found, but you know we'll only get dribs and drabs, while each episode has its own little underling serial killer story. Just give us what we want.

I honestly don't know if I'll be around next time. I think I can see the future, and I'm not sure it has enough fuel to entice me further. We'll see.