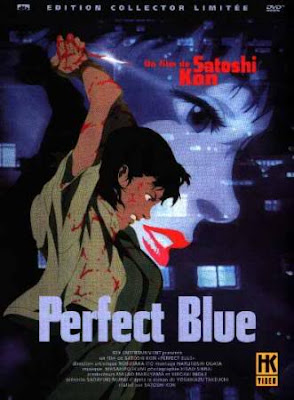 Perfect Blue ~ This is quite possibly the best anime I have ever seen. Not only is it that good but it deftly illustrates the difference between Japanese and American animation. America makes cartoons of what isn’t possible, while Japan creates things like Perfect Blue - a straight thriller with almost zero fantasy elements.

This tale of pop idol Mima trying to make the jump from teeny bopper superstar to a grown up serious and sensual actress while being stalked by a deranged fan – is not the usual fare for anime. No swords, giant robots or magic schoolgirls – no martial arts or even tentacle sex – just solid drama, story and characters. This is don’t miss, but be warned, even though it’s animated – this is not for kids. Sex and violence abound. Perfect Blue is very Hitchcock with just a touch of Gaslight, recommended.