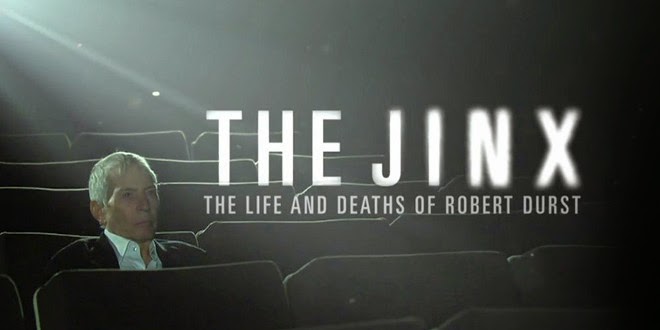 I admit it, it snuck up on me. I like documentaries and used to groove on CourtTV when it was still around, but I didn't think I could be this obsessed or compelled as I am by HBO's "The Jinx: The Life and Deaths of Robert Durst."

The gist is this: Robert Durst, millionaire real estate heir has been accused of at least three murders in his life, yet been convicted of none. His sketchy low mild calm and emotionless tones infuriate prosecutors and interrogators alike. He appears to be a monster albeit with Teflon skin. And he has always shunned the press. 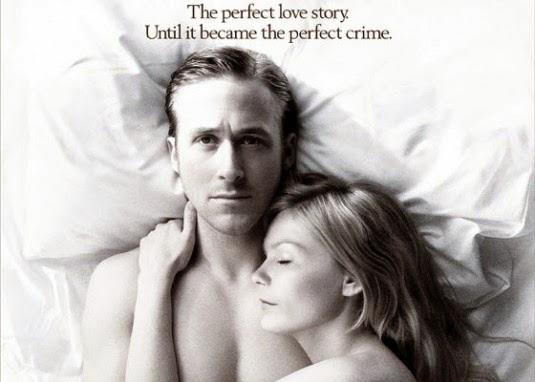 After seeing a movie made of his infamous adventures, All Good Things..., Durst sought out the director, Andrew Jarecki, who also had a crime documentary background. With Jarecki, Durst consented to be interviewed. The sequences with Durst and Jarecki are the highlight of this six-part documentary series.

I recently had a chance to see the movie All Good Things..., with names changed but much of the voiceover narration taken from court transcripts, and Ryan Gosling starring as the thinly renamed Durst. The film also stars Kirsten Dunst as his doomed wife and Kristen Wiig in a rare but brief serious role. Gosling captures realistically (or as real as can be believed) Durst's odd behavior patterns and tics.

The film features excellent performances all around, vastly superior to the average Lifetime movie it resembles at first glance. When you get right down to it, this is an unbelievable story, which is what makes the fact it's based on real events all the more chilling. This also makes the documentary even scarier, because it's real. This creepy guy got away with at least three murders. 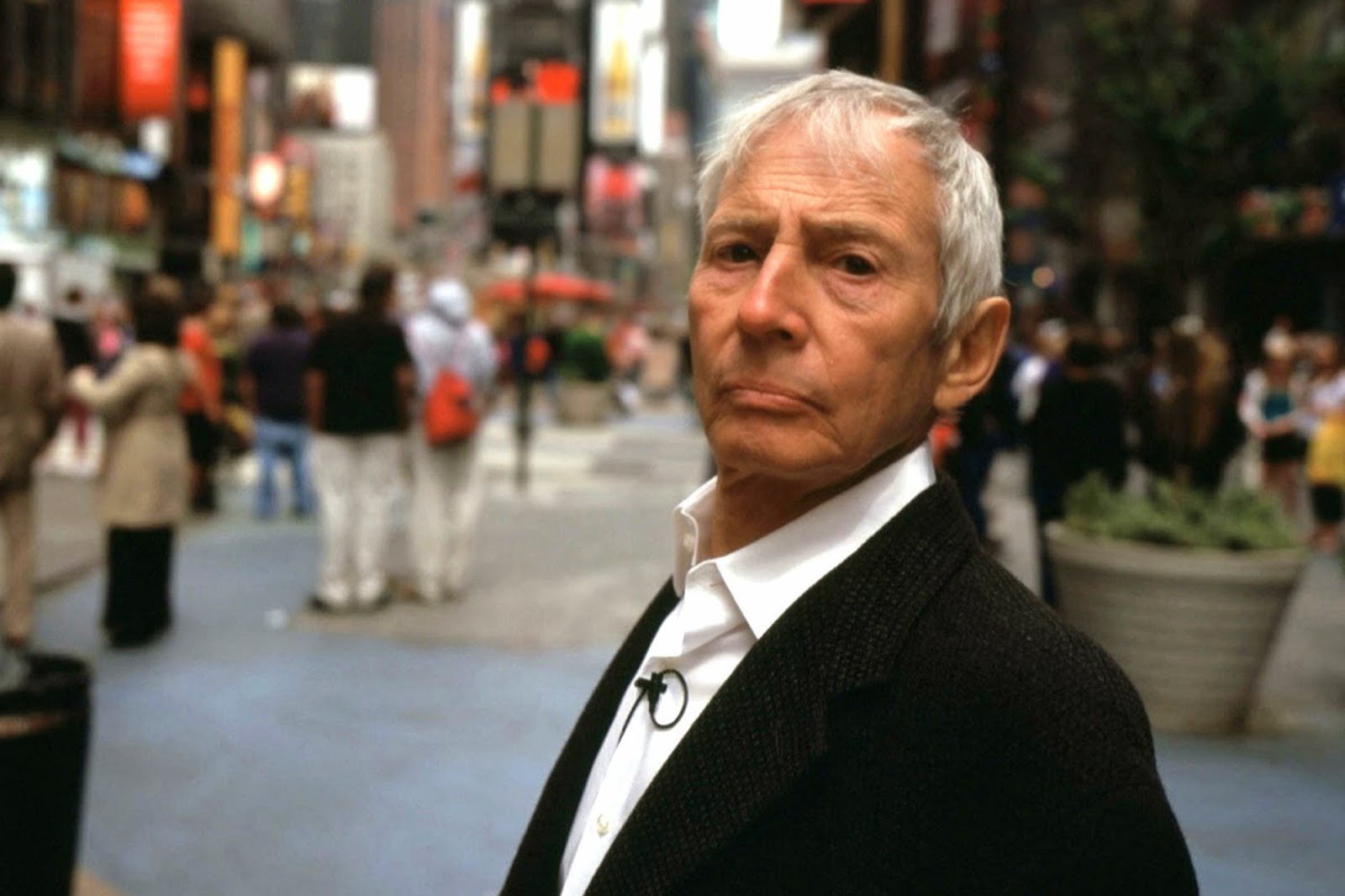 When you see the real Robert Durst on "The Jinx," not realizing the camera is still running and his mike is still live, practicing and rehearsing his answers out loud - that's the core of this national obsession with the show. Here we have a mild mannered twitchy monster who has done unspeakable things, and continues to get away with it and lie about it.

Yes, I'm rushing to judgment. Yes, I'm forming opinion on circumstantial evidence. And yes, I'm basing it all on a TV show and a movie. But that's all part of the game, is it not? That's what they want us to do, and in inviting this documentary, it's what Robert Durst and Andrew Jarecki want us to do as well. 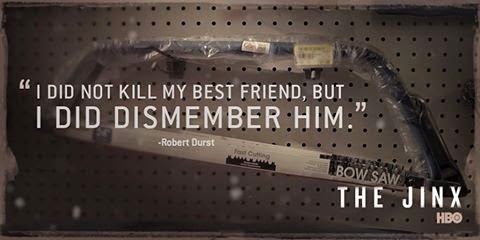 One of the more emotional moments in this series is when Durst's late first wife's mother expressed hope that this documentary will produce evidence to put away her daughter's murderer. I'm with her. "The Jinx: The Life and Deaths of Robert Durst" concludes this Sunday evening on HBO.