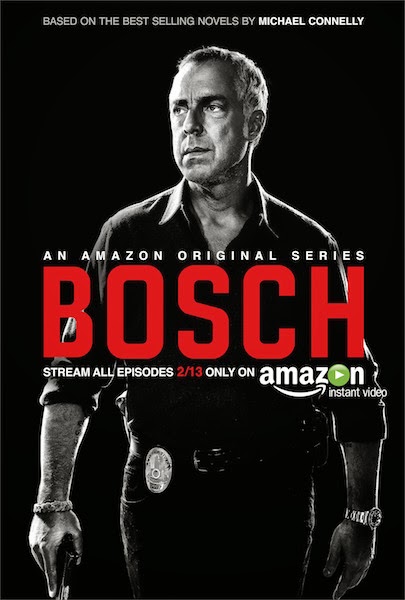 I never would have believed it when I first got my Kindle Fire, but it's true. Amazon Prime has been a wonderful source of quality entertainment. Amazon, like Netflix, is producing some amazing television. One of these is "Bosch."

Based on the Harry Bosch book series by Michael Connelly about a homicide detective in Los Angeles, this Amazon TV series is overseen by both Connelly and one of the folks behind one of the best shows ever done for television - "The Wire" - Eric Overmyer. I've never read any of the Bosch novels (but now I will), but with just Overmyer's name I was sold on this.

The story is pulled from several of Connelly's Bosch books and is very rough and slick at once, a police procedural that doesn't feel like a police procedural. It has qualities of both the aforementioned "Wire" and HBO's "True Detective." Yeah, it's that good, and folks who know me know that I do not heap praise like that lightly. 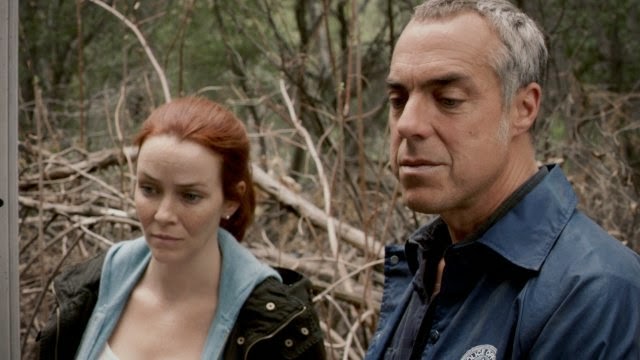 Titus Welliver, a character actor perhaps best known for playing the Man in Black on "Lost," brings Harry Bosch to life in the first season, which pulls storylines from three different novels. Welliver is surrounded by an excellent ensemble cast in this series more focused on storytelling than the characters. I dug this a lot, and cannot wait for the second season. Check it out.