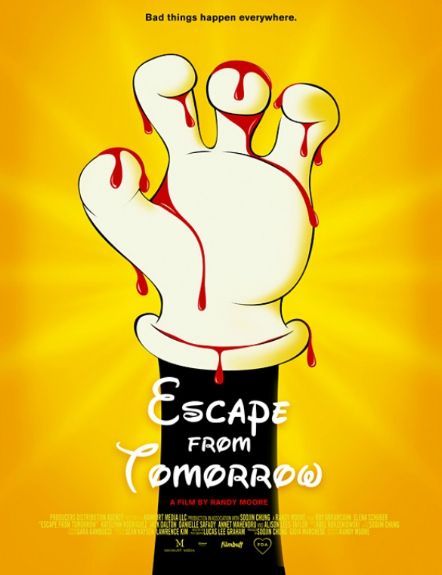 Escape from Tomorrow ~ Beyond all the controversy of it being the ultimate example of guerrilla filmmaking, all about how it was secretly filmed in Walt Disney World and Disneyland without permission, it's actually not a bad idea. A story set in the theme parks is great atmosphere without even trying. The black and white is an intriguing thought, perhaps more so to get away with filming without permission than any real artistic choice.

The story itself is dark and surreal. A man on vacation in WDW gets a phone call from his boss that he's been laid off. Perhaps from worry and perhaps from drinking or 'cat flu,' he begins to hallucinate. As he crosses paths with other tourists he begins to think they know him or are in on some kind of conspiracy. As he begins to act on his paranoia, the hallucinations get progressively worse. 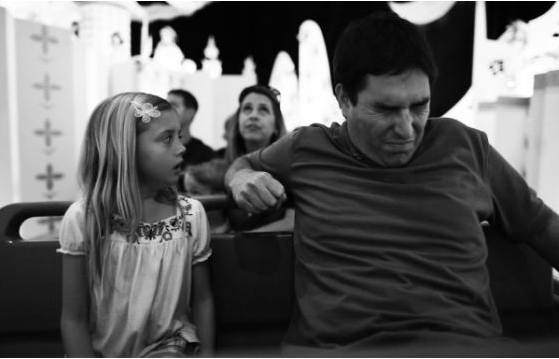 The film is so surreal, and so potentially anti-Disney both in concept and execution, I had to wonder if the third act was meant to be real or more delusion. If the latter, I would definitely say that writer/director Randy Moore has an axe to grind with Disney.

Escape from Tomorrow isn't all that bad, but it's not that good either. There are as many flaws as there are flashes of brilliance. It might have made a good half-hour "Twilight Zone" episode back in the day, or maybe a better "Outer Limits." For Disney fans however, it might be considered an attack or at best a conversation piece.