A Hard Day's Night ~ Confession time. Up until very recently, I had never seen A Hard Day's Night in its entirety. It came out in theaters again during my senior year of high school, and I'd asked a girl I liked (and who liked the Beatles as well) to go, and she turned me down. I never got to see it, then or later. See, what rejection will do to a guy, girls? It will stunt one's cinematic and musical growth.

Over and above the wonderful Beatles soundtrack, it's really quite a good film. Director Richard Lester allows the individual Beatles' personality shine through past the script of Alun Owen, and the charisma of the boys overpowers easily. The film supposedly depicts a day in the life of the Beatles, and feels very unscripted despite the facts. The charm of the boys, along with the music, rules the screen. 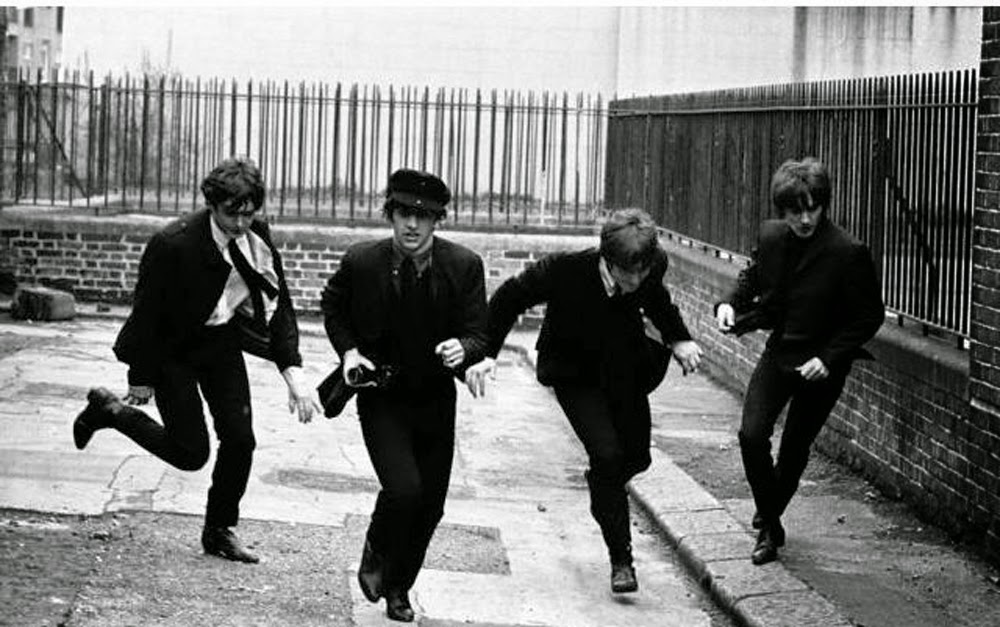 Quick cuts, unusual for the time, great songs, and Marx Brothers-like gags and dialogue acrobatics make this a terrific film. Worth seeing if only to see the Beatles smoke and Ringo dance, but those aren't even the best parts. I wish I'd seen it decades ago.

And don't forget, if you'd like to see this one on the big screen, this summer it will be re-released to theaters to celebrate its fiftieth anniversary. Bring a date!