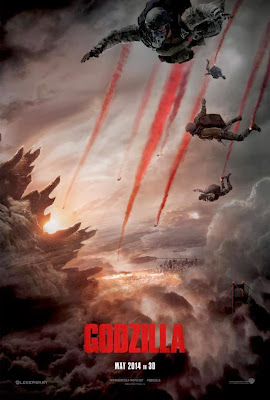 Every time I see the American version of Godzilla on TV (FX seems to run it relentlessly), I feel so sad that Roland Emmerich and Dean Devlin were unable to capture the essence of the legendary monster, or one of film's longest running franchises for that matter.

They certainly made a movie called Godzilla, but there was no Godzilla in it, any more than the Big G was in Gorgo or Cloverfield, they made a movie about a giant monster on the rampage, but it wasn't Godzilla.

The American Godzilla was and is much maligned in fan and genre circles. I don't know about you, but I know that I, and every other fan, cheer loudly whenever we see Godzilla obliterate the American doppelganger (whom Toho dubbed Zilla) in Godzilla: Final Wars.

It's at times like those above that I hope that the new American version of Godzilla from Legendary Pictures might get it right. Here's the first official teaser trailer:

At least the monster looks like Godzilla. It has promise. I will wait and see. Godzilla opens on May 16th, 2014.