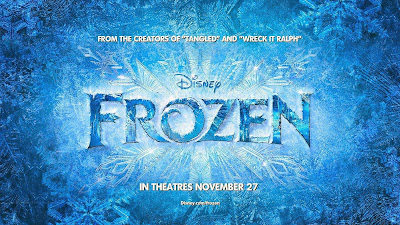 Frozen ~ Disney's holiday offering this year is the computer animated musical Frozen, very loosely based on Hans Christian Andersen's "The Snow Queen." Co-written and co-directed by Jennifer Lee (Disney's first female animation director), the tale weaves a particularly female perspective on the classic story. It is this point of view, along with the humanizing of the title villainess, that makes this film work. 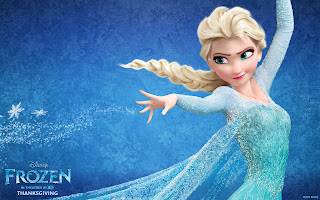 "The Snow Queen" is a very dark tale, extremely messed up too, even for a fairy tale. Disney has had plans to do an adaptation of it on and off for decades, as far back as the 1940s. The story's dark nature has made it a difficult pill to swallow for the typical Disney approach. Jennifer Lee and Chris Buck break the pattern by creating a new kind of Disney Princess, two of them, Anna and her sister, the Snow Queen. 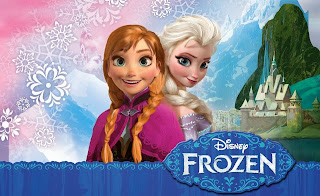 Kristen Bell steals the film as naive excited Anna, but Broadway's brilliant Idina Menzel dominates the screen when she's on it - figuratively of course, it is animation. Still, these are two fabulous voice talents. And not just speaking but singing as well. Christophe Beck's (Paperman) score is only surpassed by the songs by Robert Lopez and Kristen Anderson-Lopez, who individually were responsible for songs in Avenue Q, Finding Nemo - The Musical, and The Book of Mormon. Frozen is their first collaboration. 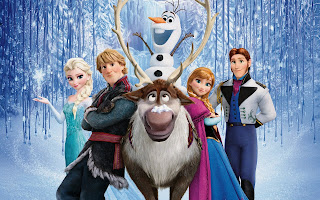 The voice talent is top notch, with Kristen Bell and Idina Menzel as the sisters Anna and Elsa. Bell rocks the house, but Menzel is the true star here, and a real score for Disney, as her resume includes the best parts in Wicked and Rent, as well as a few guest stints in "Glee" when the show was at the top of its game. The singers are as fabulous as the songs themselves.

Frozen was as surprising a holiday treat as the other entries in Dinsey's 'female empowerment trilogy,' Tangled and Brave. Elsa and Anna are fine additions to the Disney Princesses, and Jennifer Lee is a director to watch. Recommended.