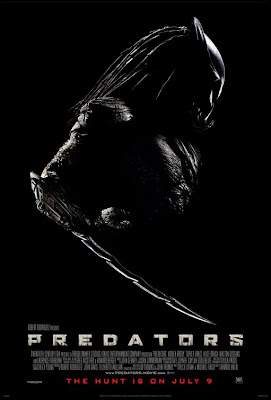 Boys night out, and the decision was made to see a flick that we couldn't go see with our significant others. Something those of us who are married know, and those of you who are not yet will find out, is that after the rings are on, you can only go to movies that you both agree on - or, in other words, movies she wants to see.

This might sound sexist, and it might sound harsh, but let me tell you, after tonight, sometimes the woman is always right. Her decision not to see Predators was dead on. I should let The Bride review the movies from now on...

The choice was this, Inception or M. Night's Last Airbender. I pushed for Predators because it was produced by Robert Rodriguez and I liked what I had heard about it. Apparently I had heard wrong. My two buds unanimously decided that I don't get to pick movies any more after the flick ended. 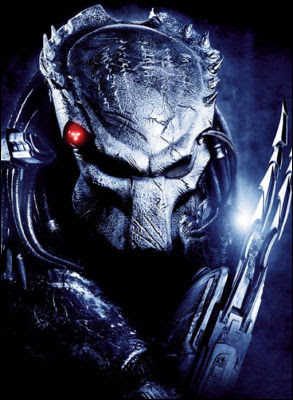 What bugs me is this could have been good, Rodriguez produced after all. I guess it just goes to show you that even a good premise, some cool special effects and an excellent cinematic mind producing still can't put it all together. All the twists of the plot are predictable from the start, the acting is bare at most, the gore and violence is gratuitous, and worst of all - it doesn't even have an ending. It's like they just said, cut it here, it doesn't matter. And it doesn't.

And how the heck can you have night on a planet where the sun doesn't move? Next time, if there is a next time, and I get to choose - it's Inception. And it better be good.