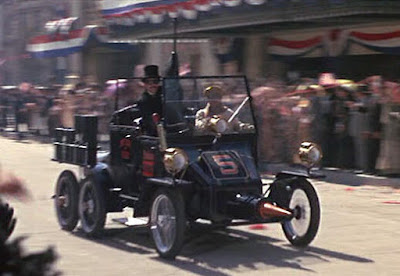 When Inaluable: The World's Premier Auctions asked me what my favorite dream movie prop to own would be, I came up with several possibilities. I started at the top however, with my favorite films.

My favorite film of all time is The Great Race, and props from that are it easy to pick from. Perhaps one of the sabers used by the Great Leslie and Baron Von Stuppe in their duel, or half of Professor Fate's frozen mustache, or best of all, perhaps the miniature of the Hannibal Twin-8. Dream props from other fave movies might be Conrad Birdie's guitar from Bye Bye Birdie or the robot Maria from Metropolis, or even the puppet miniatures of the two kaiju combatants in 1964's Mothra Vs. Godzilla. 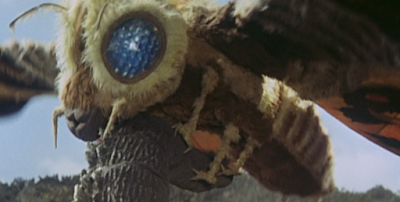 If we're going genre, I might want Thor's Uru hammer Mjolnir or Captain America's shield from the Marvel Cinematic Universe. The comic book shown in the beginning of Superman The Movie would be awesome, as would a can of Shark Repellant Bat-Spray from 1966's Batman. But of I'm going to choose a movie prop from that movie, it would have to be the Batmobile, one of the coolest vehicles on Earth, even if I couldn't drive it in the rain.

Of course, if I did want to drive in the rain, I would pick another movie prop that's a famous convertible - definitely the coolest car on Earth - the Mach Five from Speed Racer. One push of the D button on the steering wheel and the cockpit is sealed to the elements. And that's not even mentioning the auto jacks and cutter blades. The Mach Five rules, and would be my ultimate dream movie prop.