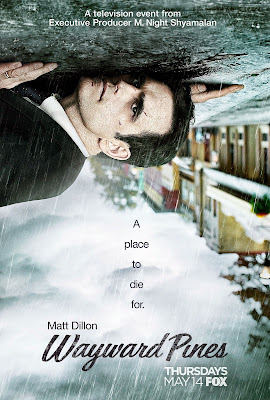 I'm an M. Night Shyamalan fan. Yes, I admit it, and I've continued to watch and have faith much longer than many folks. When I first heard he was moving to episodic television with a limited series that was reminiscent of "Twin Peaks," I put it on my watch list.

My friend, editor over at Biff Bam Pop!, and a "Twin Peaks" authority, Andy Burns, got around to seeing and reviewing "Wayward Pines" before me. He was unimpressed, and you can read his thoughts here. I have to say we're pretty much in agreement. This story of a Secret Service agent, waking up after a car accident while in search for two other agents, and finding himself in a small town full of strange characters and paranoia, is nowhere near as good as it could have been. 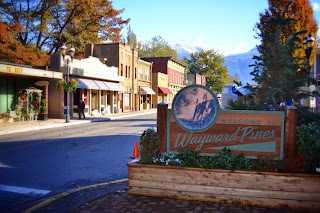 "Wayward Pines," or the pilot at least, had potential. The books it's based on - The Wayward Pines Trilogy by Blake Crouch - I have not read but have heard are quite good and recommended for folks who dug "Twin Peaks" because of the similarities and vibe. Between that and the M. Night connection I was starting to look forward to this. Add in that it was going to be on Fox, who had brought the TP mood from "Broadchurch" in their American remake called "Gracepoint," I could definitely see it working. 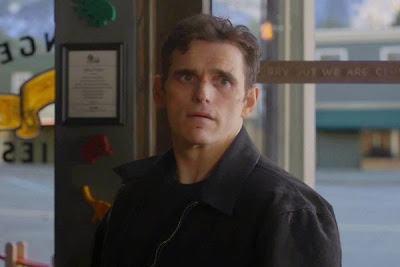 Andy Burns had good things to say about the cast, not their performances, mind you, but their casting. If I'm being honest, other than Melissa Leo (and she is hands down the best part of this show) and Toby Jones, I thought the casting better suited to a parody of a drama than an actual drama. Speaking of drama, lead Matt Dillon to me has always been the real life version of his brother Kevin Dillon's character Johnny Drama on "Entourage," and I've never been able to take Juliette Lewis seriously.

The rest of the cast stumble through this mess like zombies overacting in a school play. Terrence Howard is an embarrassment, and unbelievable as the potential heavy. This could have been good. There is more "Lost" and "The Prisoner" to this stinker than "Twin Peaks," and M. Night does little to distinguish himself or improve his rep here. The pilot is it for me, I won't be watching further. Consider this a case of having me watch something, so you won't have to.